Places to Visit on Memorial Day in Second Life This Memorial Day in in the United States, there are a number of places on the Grid an American can visit if one wants to take a moment or two to honor those veterans who fell in service to the country.

Sadly some memorials to Veterans are no longer online. One of the best was a reproduction of the Vietnam Veterans Memorial, which was up from 2007 to sometime in 20011 when it vanished. 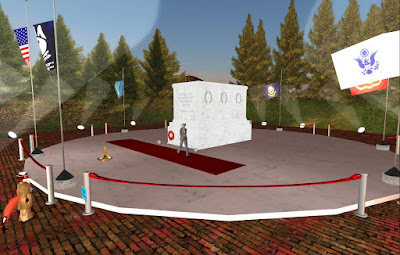 Veterans Isle is the home location to a group of veterans, and friends of. Every month, they hold a fundraiser to raise funds for the "Homes For Our Troops" charity. Pictured here is their Tomb of the Unknown Solider. 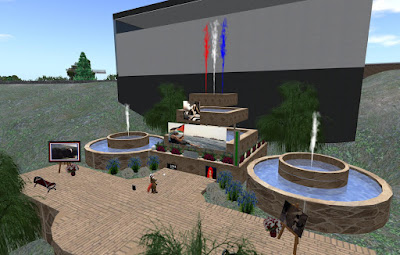 Another location is the Operation Enduring Freedom Memorial, the inworld memorial to the ongoing fight against terrorism. Owned by Theremes Langdon, it is at Arena (75, 96, 45) 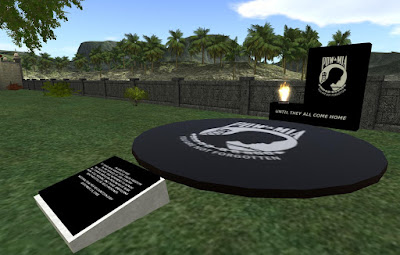 At the Biker Veterans Administration HQ are a few memorials, including a POW*MIA memorial. 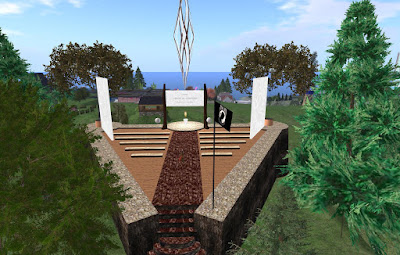 One memorial which has been moved around a few times is the Iraqi War Memorial. Originally in Epimetheus, it was moved to Ganymede, then Galactica. The memorial's displays change every several seconds to show a new name and picture of American soldiers whom lost their lives in the conflict.