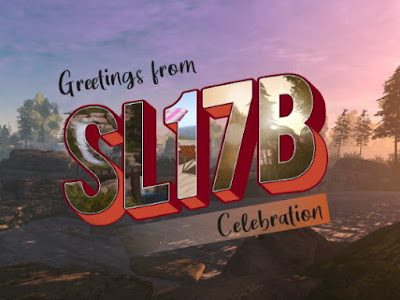 After weeks of waiting, "The Birthday" finally arrives today, Friday June 19. Things start officially at the auditorium at 11 AM SL time with the opening ceremony held by Patch Linden at the Main Stage. After that will be various music events at both there and the DJ stage. And of course there are the many dozens of exhibits to see. 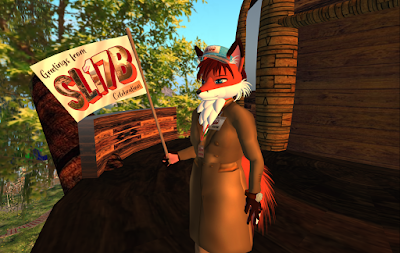 Unfortunately, the Lab doesn't want the Newser to post pictures even a few hours before the sims open. But what I can post are a few goodies you can grab as part of the gift package: an SL17B flag, an SL17B visitor badge, a SL17B laynard, and a collection of SL17B visors (wearing the blue one).

We'll have some pictures up later today. In the meantime, see you at The Birthday.