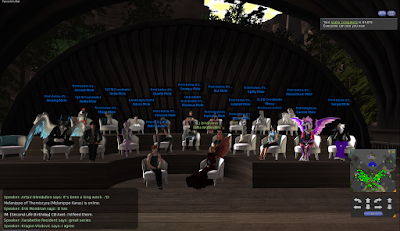 The Second Life Birthday had a lot of events. But this past weekend were the last ones that were planned. Friday at 2PM was the last of the Meet the Lindens events, "Meet the Moles." For those who missed it, you can check out the video of it here.

You can also check out the other "Meet the Lindens" videos: Ebbe Linden, Patch Linden, Oz Linden, and the Marketing Team. We may do an in-depth look at one or more of the discussions later. 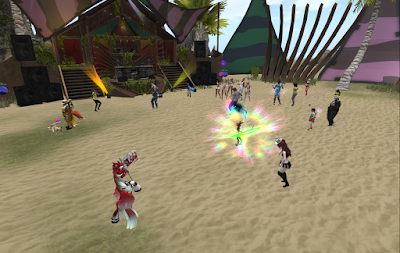 Besides the discussions at the Auditorium, there were music performances at the DJ booth. On Saturday June 27, DJ Tantari played her music for a crowd. 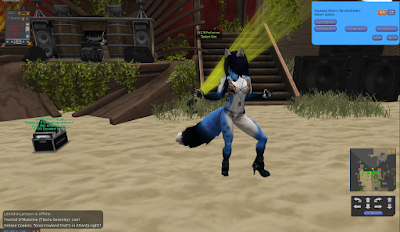 DJ Tantari's been in the Newser a few times, such as her 2015 interview, and her guide on how to DJ. 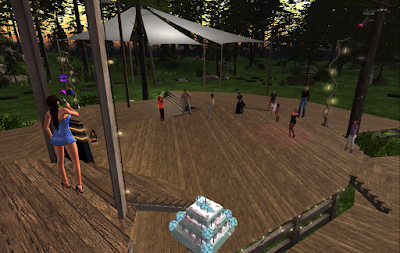 And there would be live singers at the Main Stage. 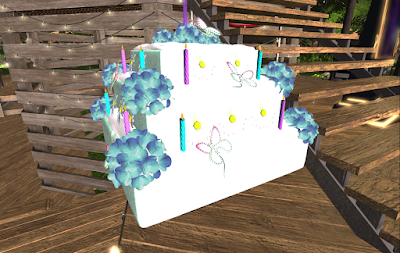 Nance Clowes would also have a larger version of her SL17B Cake by the stage. 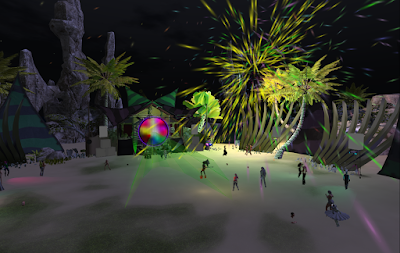 In the last few hours of official events, there were fireworks at the DJ booth. 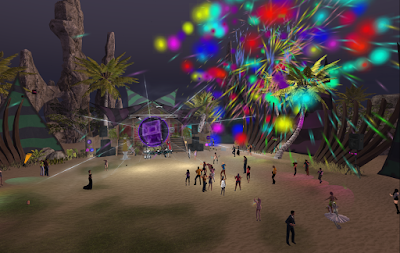 Some left, but others hung around to the end. 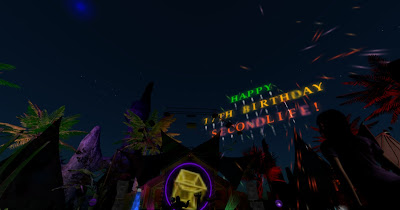 Some of the fireworks formed words. They were too blurry for me to make out with the lag. But  Cayenne Republic posted a link to a picture in the birthday group chat. 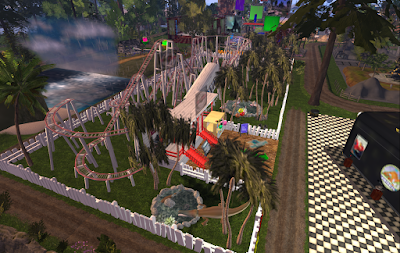 While the official events are done, the exhibits are still there, and will be there until July 12. And with most of the people gone, this is when the lag is less, and those with older computers or otherwise have difficulty with Second Life can have less trouble sightseeing. It should be noted that this isn't necessarily the last of the events. There will likely be an unofficial final farewell party shortly before the sims are truly closed down.

Stay tuned for a few more articles about the Second Life Seventeenth Birthday.