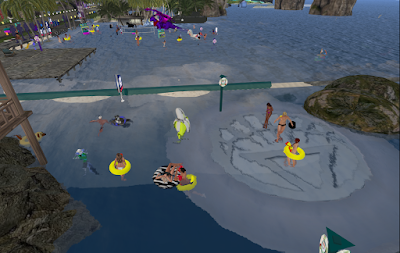 Wednesday June 10 saw a certain tradition of the Relay sims following the Relay Weekend, the "Flood Party." While it was going on, there were two announcements. Shortly after 6PM SL time, it was revealed that the total amount of cash raised had passed 75 million Lindens, or $300,000 US dollars. 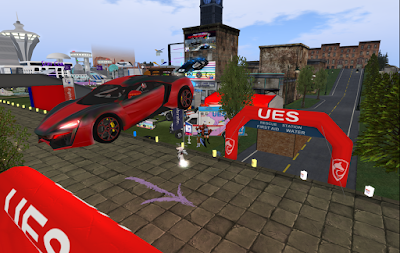 Just as the flood party was getting started, word was getting around about another development. While it wasn't officially announced, it appears the Lindens will let the sims stay up a little longer. Unfortunately, a few teams had already taken down their camps. So if you still want to see the sights, take care of it now.

There are still a few Relay events left. The Volunteer Banquet is at Saturday June 13 at 10 AM. And the following week is the Royal Ascot at Saturday June 20 at 1 PM. And after that, the Relay Wrap-Up.