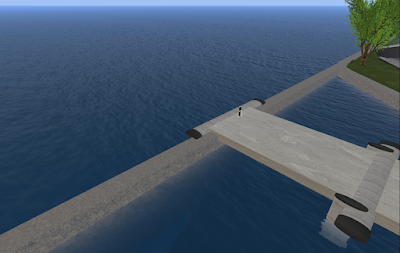 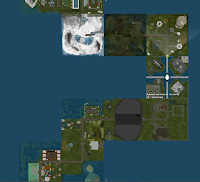 I hadn't heard any official word of the Relay Track being closed to traffic (with the SLB so much in the news, maybe it got lost in the chatter). So checking the map, I noticed while the sims were still on the map, the names were gone from all but the permanent American Cancer Society sim. Heading over, the track was indeed invisible from ACS, which is an island once more as the track really is closed.

So this year, no picture of watching the sun set on the Relay track sims.

On the other hand, Wildstar Beaumont has been busy with his Flickr. He recently announced his album of screenshots of the Relay Weekend was ready for all to see. And with over a thousand pictures, there is a lot to see.