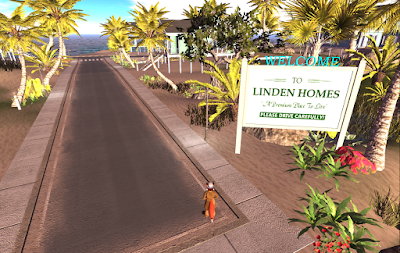 At "Meet the Lindens" with Patch Linden yesterday, Patch announced that the upcoming design of Linden Home would finally be revealed. And after the event, SL17B Enchant, which had been off-limits, was finally open to the public. 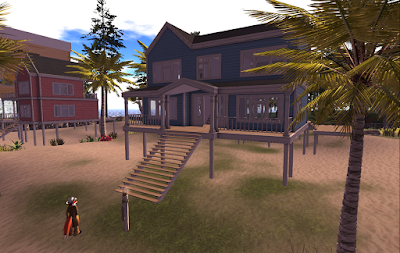 What was revealed was a beachside area with stilt houses, not unlike some small communities on barrier islands with lots of sand. There are a few different designs, some with a second story in height. 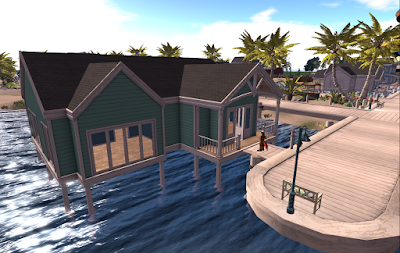 While most of these houses were over ground, some were in the water, either needing a boat to get to, or next to a pier, like this one.

Like any Linden Home, a resident needs to have a Premium account to be able to apply for one. Patch didn't give a date as to when these homes would be available. For now, see the houses at SL17B Enchant.