Scenes From the Relay 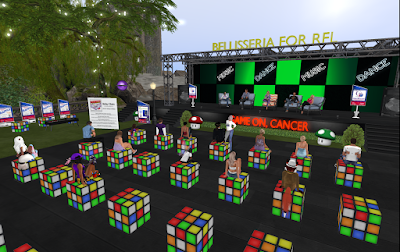 Thursday June 4 had a few things going on at the Relay track. One was the chat with Safia Widdershins, whom talked to some of the Committee in RFL Acceptance, which was in the Bellissarian area. 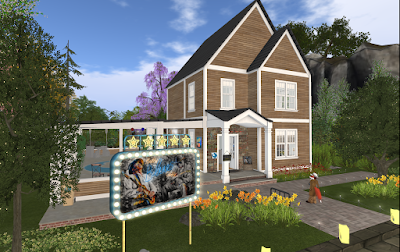 Looking around afterwards, nearby was the Bellia Blues Cafe, a Linden Home made into a venue, with music and coffee. 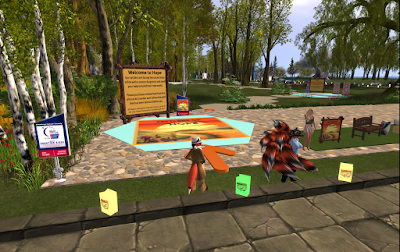 Later, looking around with Matt Carlton, we saw the Seekers of Hope camp in RFL Courage. Sandy Slate told us the playable game in the camp was based on Settlers of Catlan. 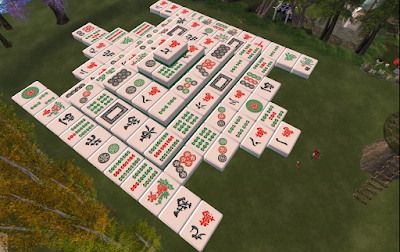 In RFL Fight Back, we found a playable Mojong board, giant sized. 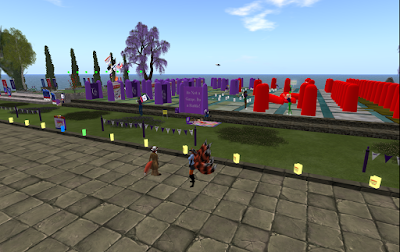 In RFL Healing was the Meli's Maniacs camp, based on the Stragego board game. Not playable, it symbolized the struggle with cancer, "It's not a game, it's a battle." 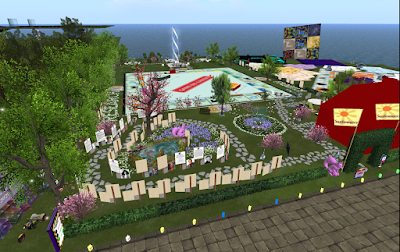 And the Sunbeamers finished their own build, with a build based on Monopoly and a memorial garden with facts on cancer. Check it out at RFL Hope (120/41/23).