In February, The East River Community Blog announced that Chamonix City would be hosting a "Winter Games" event, lasting from March 15 to the 22nd. And soon a series of areanas and tracks were constructed in the area for the event. Unfortunetly, as those who stopped by found out, there would be no games. First they were postponed a week, then it was announced they wouldn't be happening until next winter, in December. 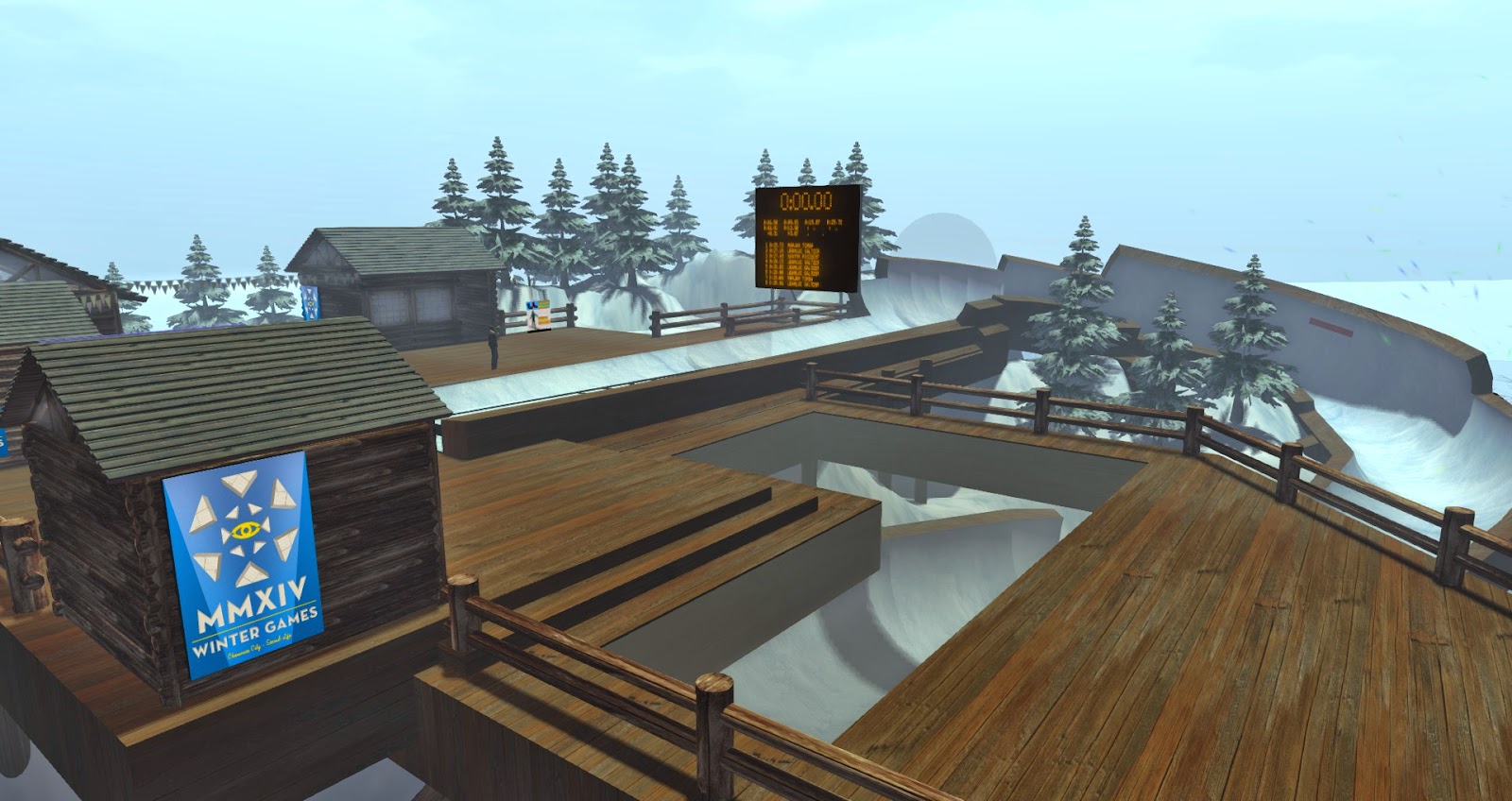 As much as it pains me to have to say, the Winter Games are being postponed until December of this year. Initially, they had been postponed one week, due to some extenuating circumstances, but after much deliberation, they’ve been moved back to December. To be completely honest, I might have been too ambitious, with my initial date of mid-March. This being my first major event, I might have tried to rush things a bit. But I must say, people have really rallied around this concept, and we have got some really special things to show you for the Games.

So the event is a no-go, at least for now. In the meantime, there's a number of areas and courses for people to drop by and give a try, such as the snowboarding course.