On Friday evening at 6PM, there was a memorial service for one of the Relay for Life volunteers whom had recently passed away: Srooc Skytower. 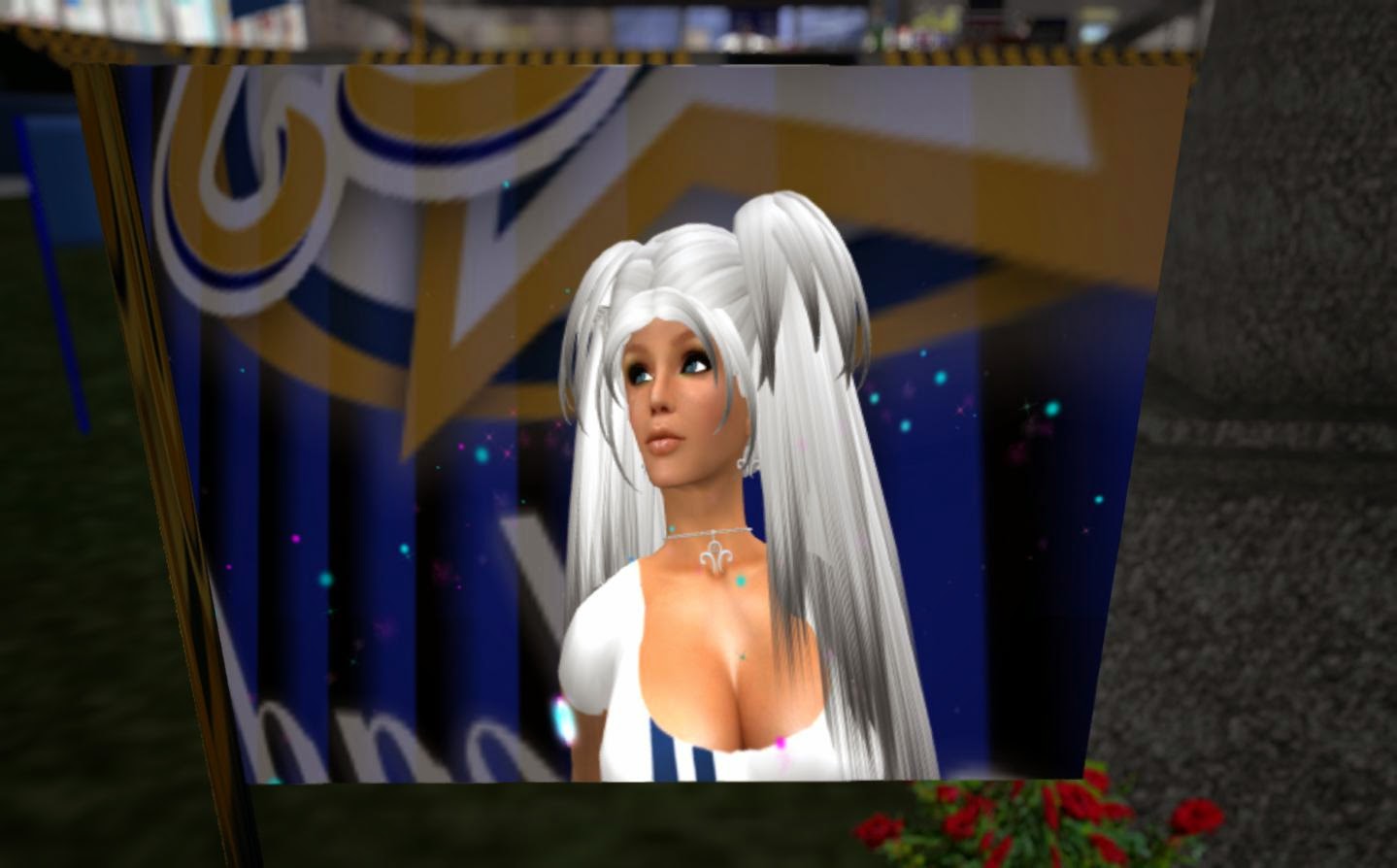 The memorial service for a Avid relay for lifer  SLCS Cheerleader  Srooc Skytower will be at 6pm on the field. please wear something appropriate for a memorial service/funeral or a SLSC Uniform. the schedule for the service is as follows: Opening, Speakers, Marines Amazing Grace, 21 Pom Salute then Final HUD Call. Hope you can make it and if you wish to say something on Srooc's behalf you will get the chance to do so. i know she would want you all invited so here ya go. 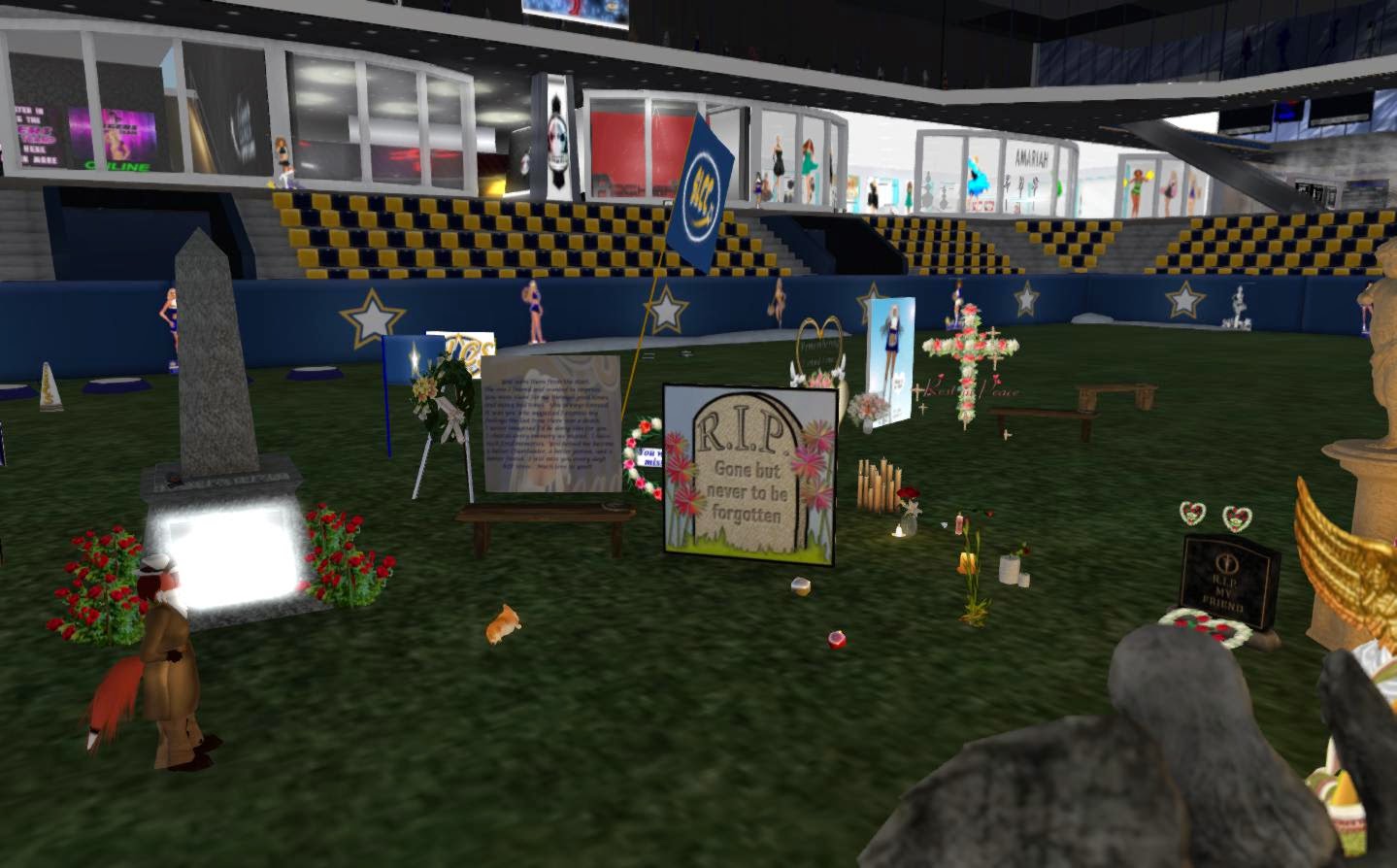 I was unable to make the memorial service. I was able to arrive at the scene shortly afterwards at the stadium in the Cheertopia sim where the event took place. There were numerous flowers, pictures, and other objects placed in honor of the late cheerleader. 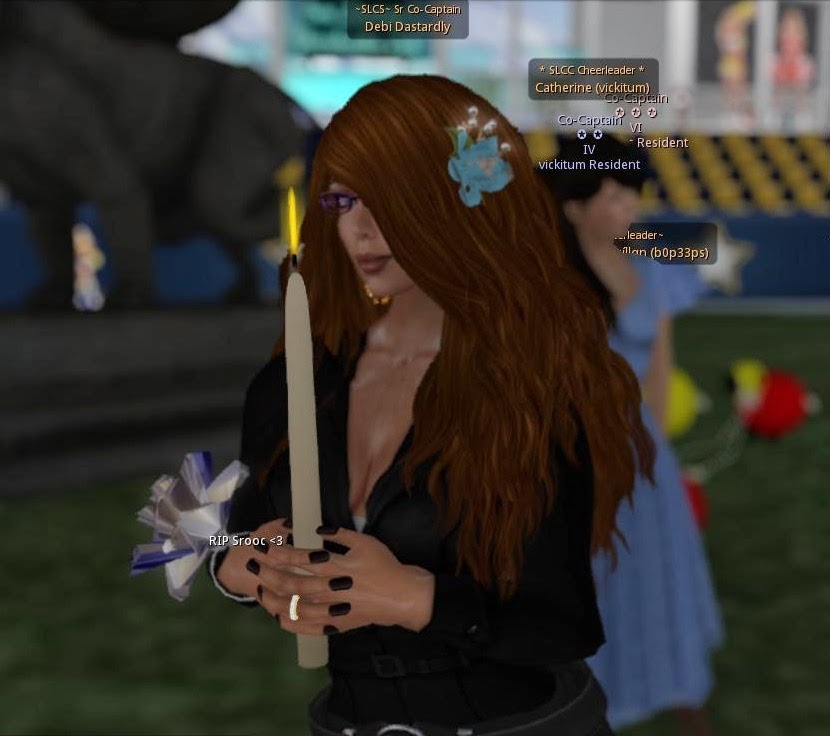 As it turned out, there were still a few people around. One was Daphne Yardley-Wayward (daphne.yardley), whom was happy to talk, "Putting together SROOC Memorial has been (the) highlight of my career here. ...Srooc was one of our sisters. The memorial service honor her life not only in SL but in Real Life.It was honor to have her RL daughter attend." Another there was  Debi Dastardly, "We also renamed the Stadium in her honor, Bix. We had a great turnout of 85 people. It was a very moving celebration of Srooc's life both here on SL and in Real Life." 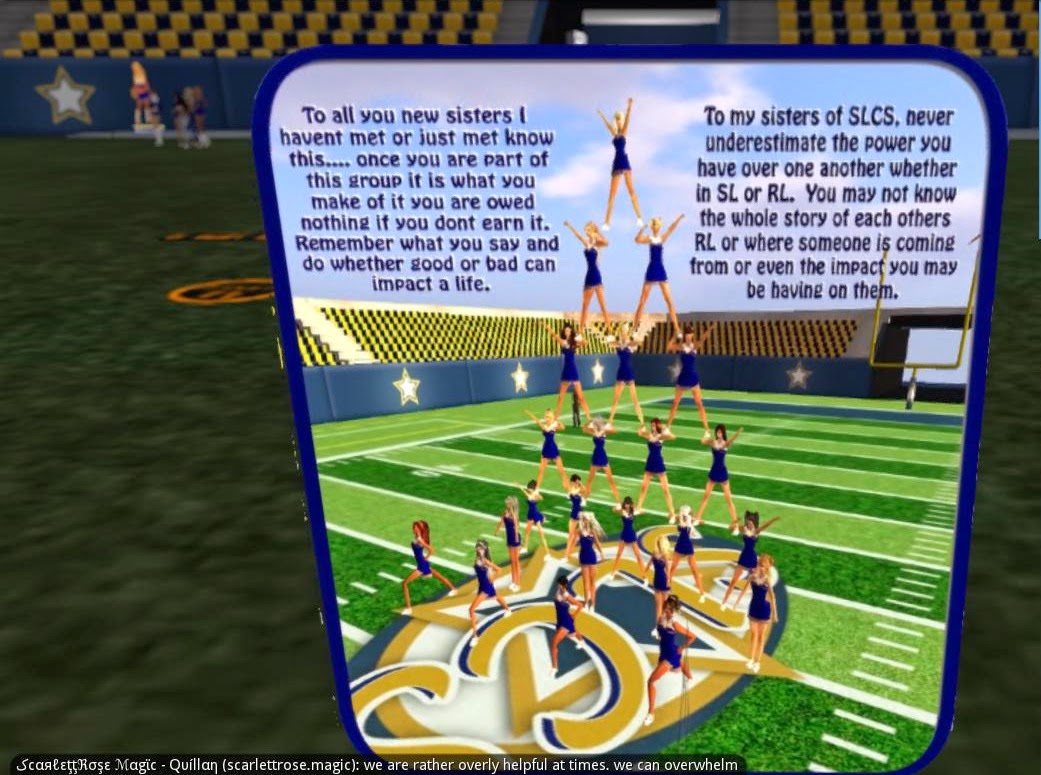 Scarlettrose Magic told me, "If you look up overhead Bixyl, you can see her name on the scroll. That is the RoH, or Ring of Honor. RoH is earned, not just handed out, so you can see she is/ was/ will be important. She was one of the founding supports for this cheer team we all enjoy." 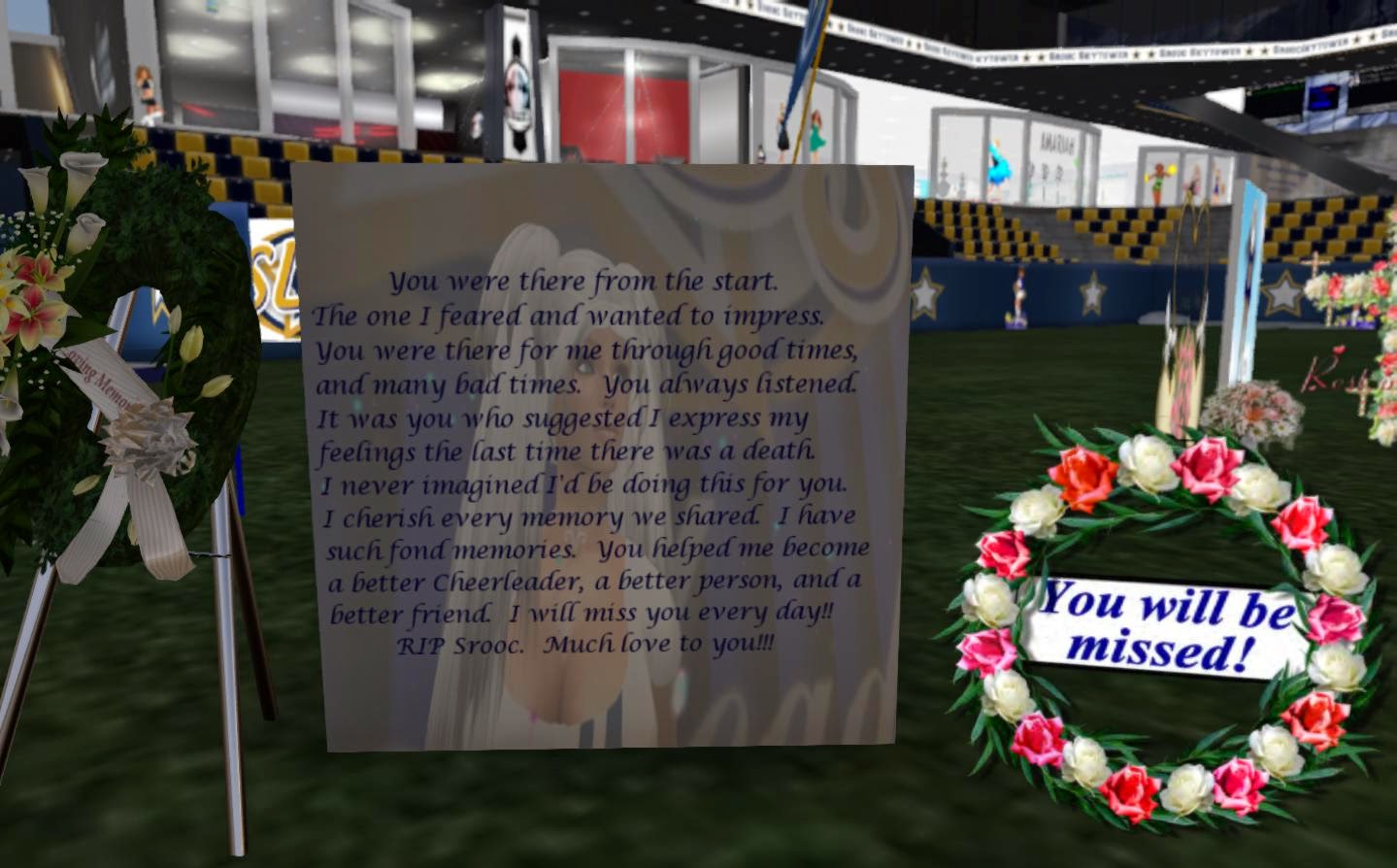 It was soon time to leave. But it was obvious this woman had left an impact that will be remembered for a long time.

The SLCS Relay for Life team holds events at their now renamed Srooc Skytower Memorial Stadium, in the Cheertopia sim.