Weekends in Second Life are full of events. Two sports events stand out. 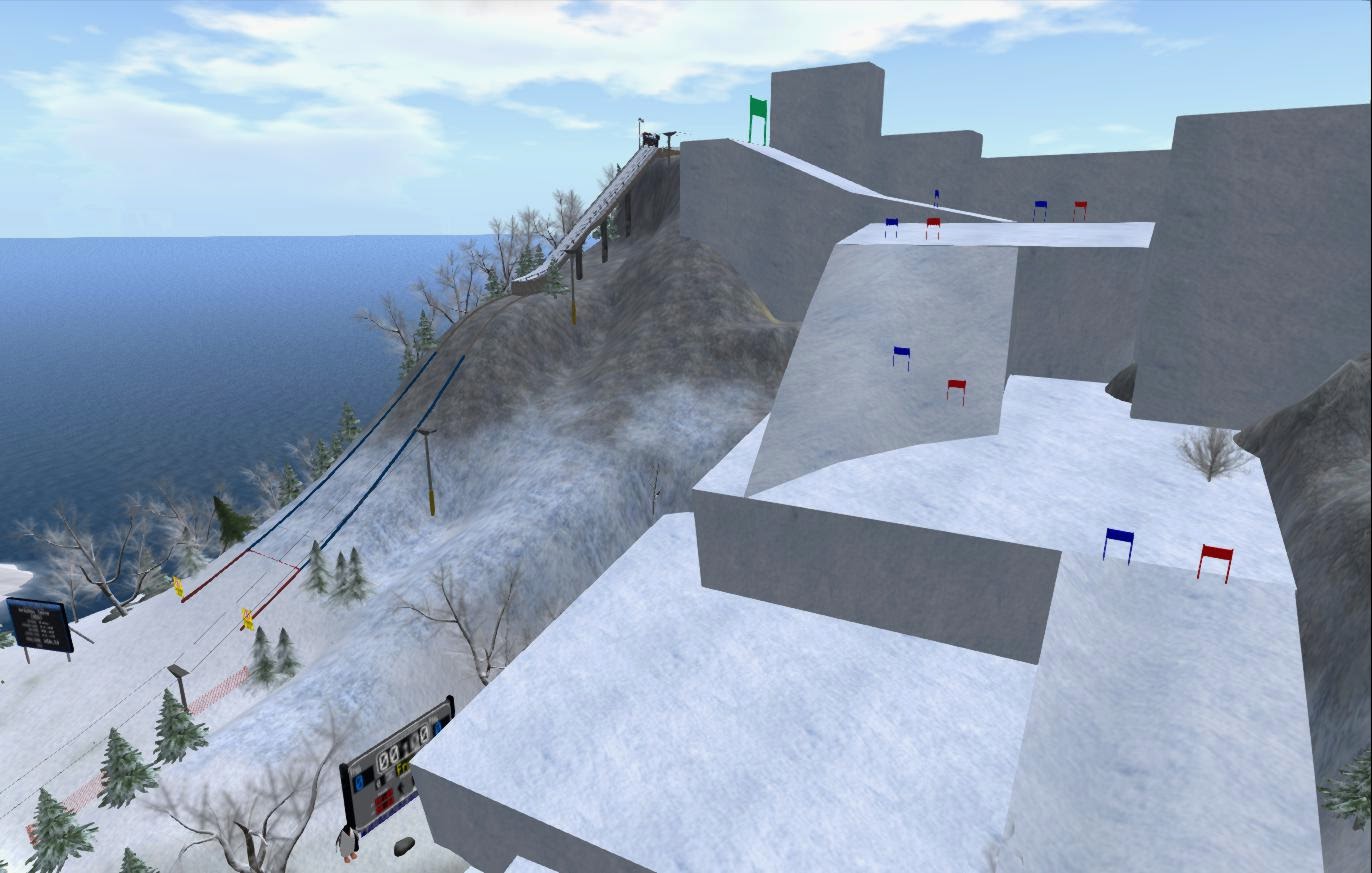 One event in the Second Life Winter Games, set in the Chaminox City area. Daniel Voyager described them as, "you can sign up for exciting competitions such as snowboard races, curling, ski jumping, ice hockey, snowboard half-pipe, downhill ski races and much more." Taking a quick look at the place, the Second Life Hockey group, the GOHA is pretty big there. Some tracks, such as snowboarding, were open for people to try out.

With the Relay season under way, there are plenty of Relay for Life events. Among them is RacerX Gullwing's "Giant Snail Cross Country Race." The race is open to all, with at least 500 Lindens required to enter. But for 2500L, one can start a little further ahead. The race will take place over a few dozen sims. While there isn't a prize, the winner gets bragging rights, plus his victory shown on SL tv.