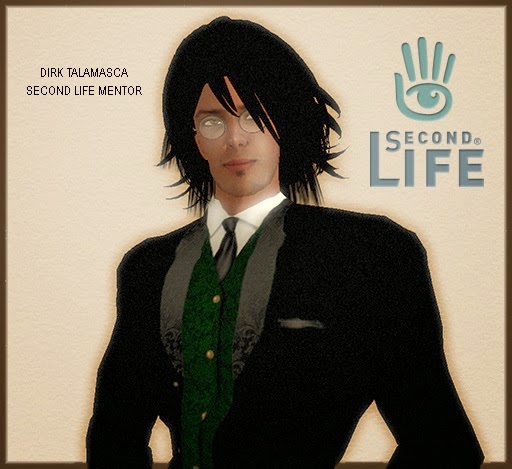 It was reported on his Facebook page by his real life brother that Dirk Talamasca, an early land baron whom came to be a noted mentor, had passed away in real life. Saffia Widdershins described Dirk as "one of the strongest proponents Second Life had. He was an early Land Baron, a Second Life Mentor, a supporter of artists in the virtual realm, and a wise and witty friend to so many." He passed away on Sunday March 30, 2014. Numerous people posted on the Facebook page and other places their condolences. Stoker Serpentine commented, "For anyone who has ever had the honor of meeting Dirk in person or SL, you are instantly swept up in his razor-sharp wit and gregarious humor. He radiates charm with a tempered humility that makes you immediately gravitate to him as if you have known him your entire life. He can be the life of the party or a concerned listener. He has been a neighbor of mine in SL for many years and has always..ALWAYS..been one of Second Life's biggest cheerleaders."