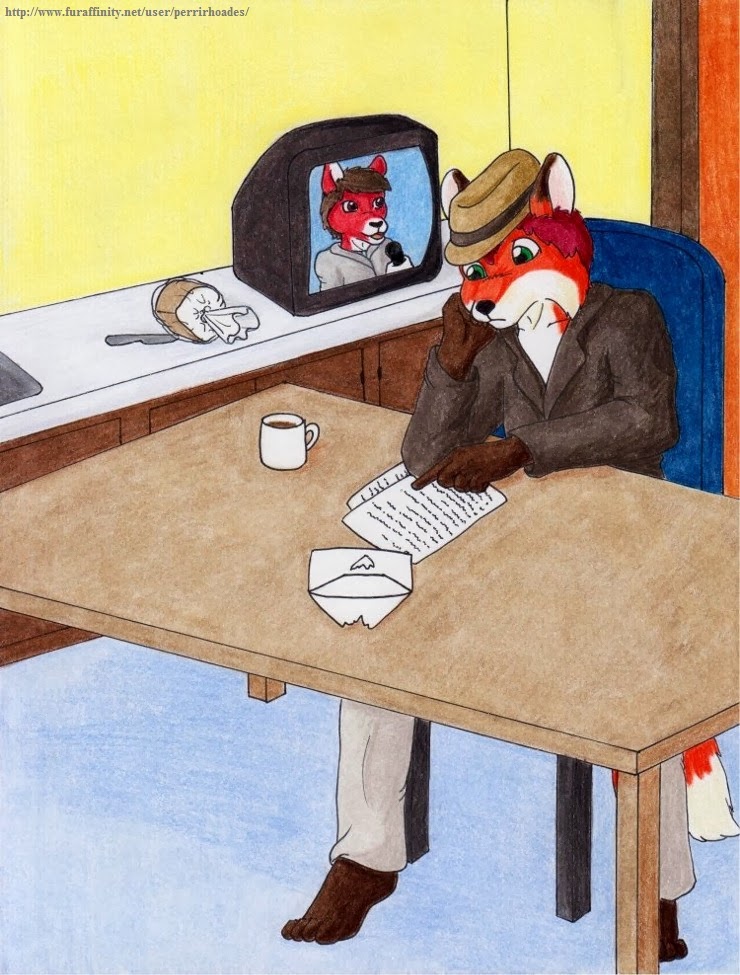 It was some months ago in which my friend Perri Prinz, known as a science fiction writer as well as a first class DJ, gave me a cameo appearance in her science fiction serial novel "Spectral Shadows." As it turns out, his role isn't a brief one, but he'll be in another story plot. Here he is in a scene in which he gets to his apartment, checks his mail, and gets to the last envelope.

Now what could that letter be that has the fox reporter so concerned? Read the chapter in Spectral Shadows to find out (link).

Art by "Tigers Kitten."
Posted by Bixyl Shuftan at 6:00 AM