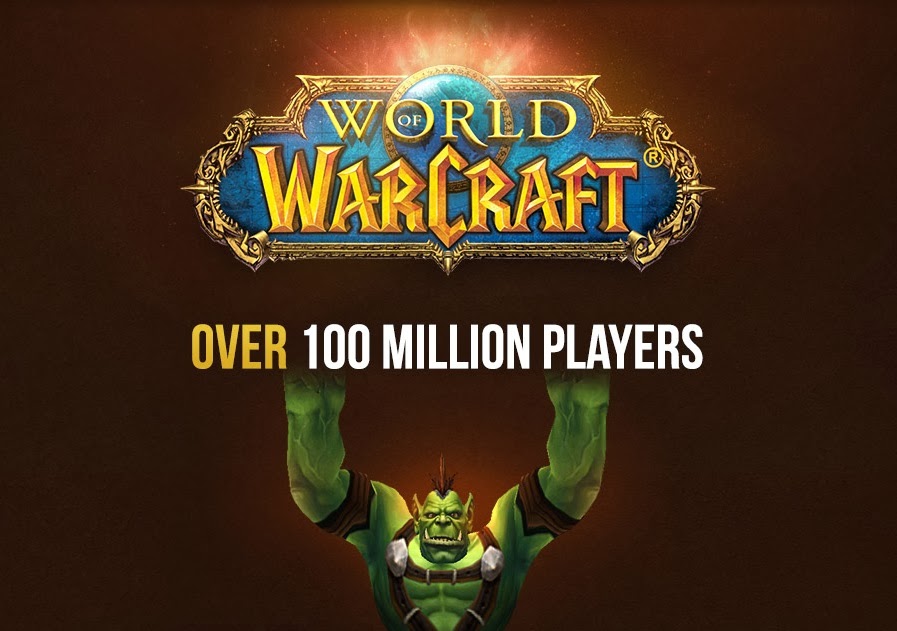 Remember the infograph Linden Lab released for Second Life's tenth birthday? Blizzard, the company behind "World of Warcraft," released one for the popular Multiplayer Online Game, showing various statistics about the game. Some were pretty impressive, such as a hundred million accounts created over the course of the game's lifetime. Others included :

Being played in 244 countries and territories, including Antarctica.

A total of six million worlds of dialouge combined, equal to about twelve copies of Lord of the Rings.

2.8 million trades in the Auction Houses every day

The final one, about how often their latest villian, Garrosh, was beaten in the "Downfall" instance, was accompanied by a play on words of a commercial slogan a few years ago, "Okay, you were prepared."

http://media.wow-europe.com/infographic/en/world-of-warcraft-infographic.html
Posted by Bixyl Shuftan at 6:00 AM