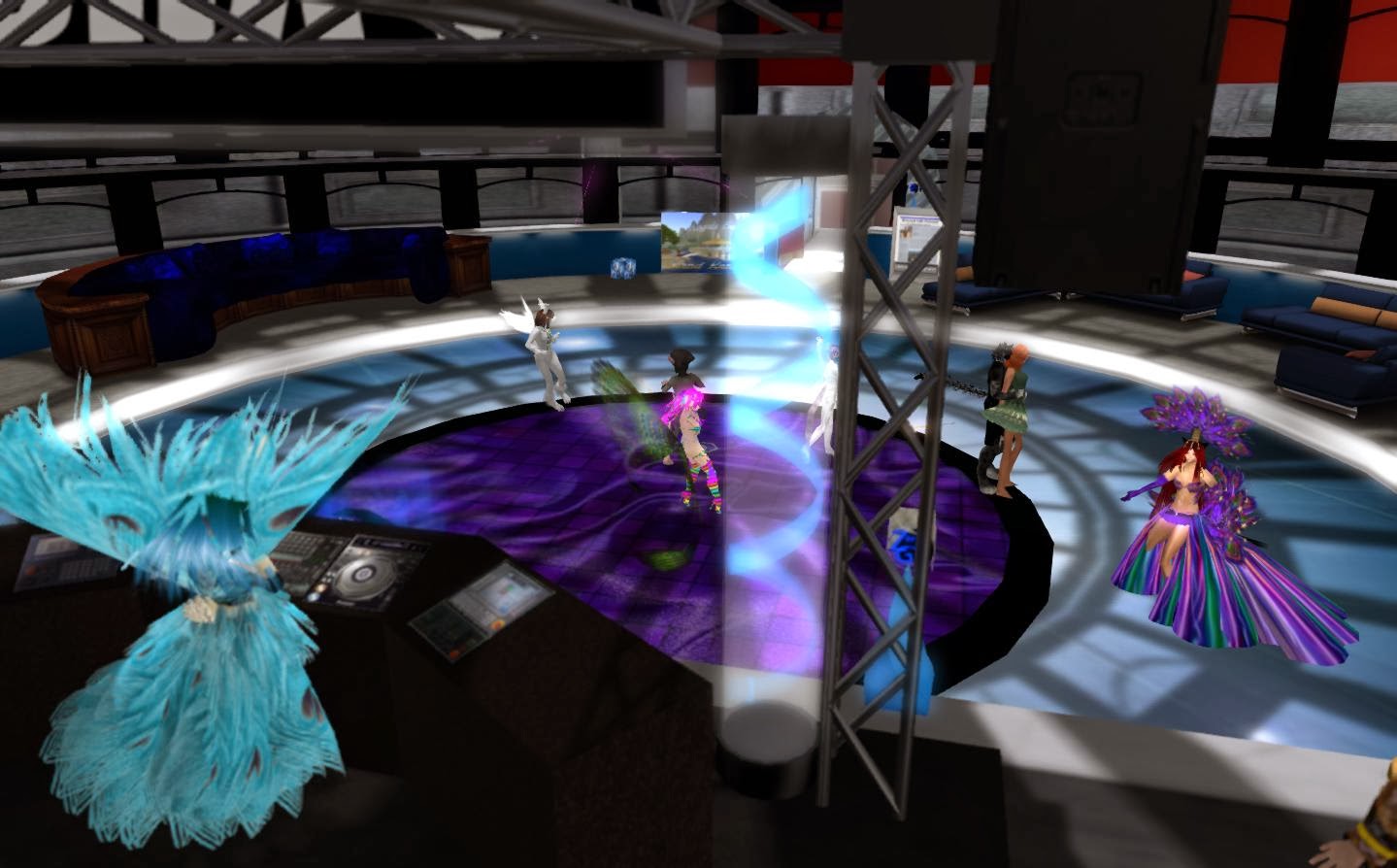 March 4 was "Mardi Gras," also known as "Carnival" and "Fat Tuesday," the final day before the Lent season practiced by some churchgoers. It's traditional to give up eating foods considered richer, so this was the last day to indulge in them for a while, and people in many places where there are large numbers of Catholics often throw a party for the occasion. Even for those whom don't believe in Lent, everyone loves a good party. So many places in Second Life threw Mardi Gras parties. This included Club Zero Gravity.

Tonight at Club Zero Gravity, it's our Mardi Gras party. It's "Fat Tuesday," the day in many places people have one big party before giving up good food for Lent. Even for those of us whom aren't giving up anything but rent and tax money, it's still a great time to whoop it up. Wear "masquarade" masks, and anything else fit for a party. And of course there's the beads. Come on over and be part of the worldwide Carnival. 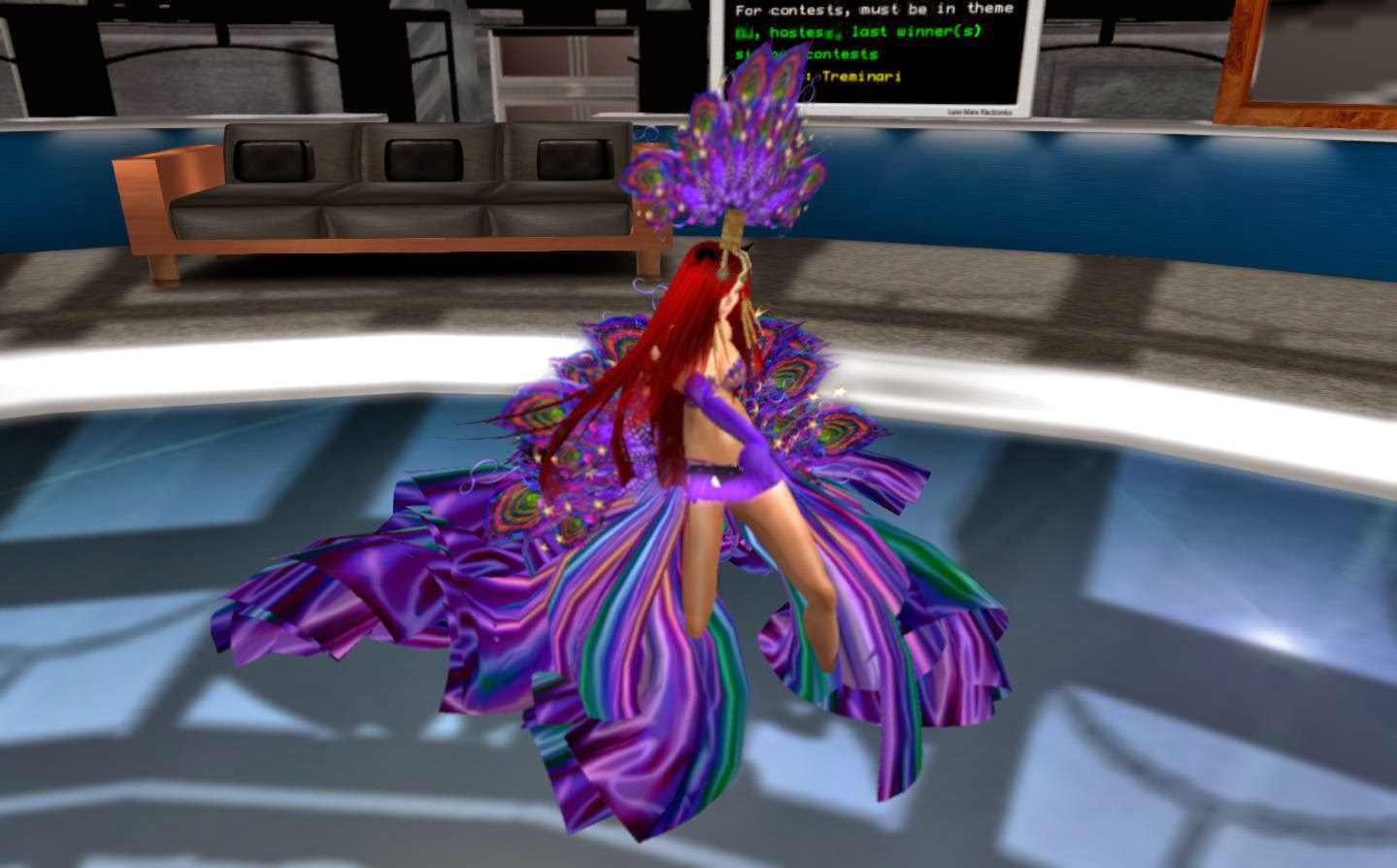 Normally one has to be "in theme" to qualify for the contest. But while Carnival is known for it's outfits for the ladies, special outfits for guys not so much. So everyone who showed up (aside from the DJ and hostess) qualified for the 500 Linden prize. 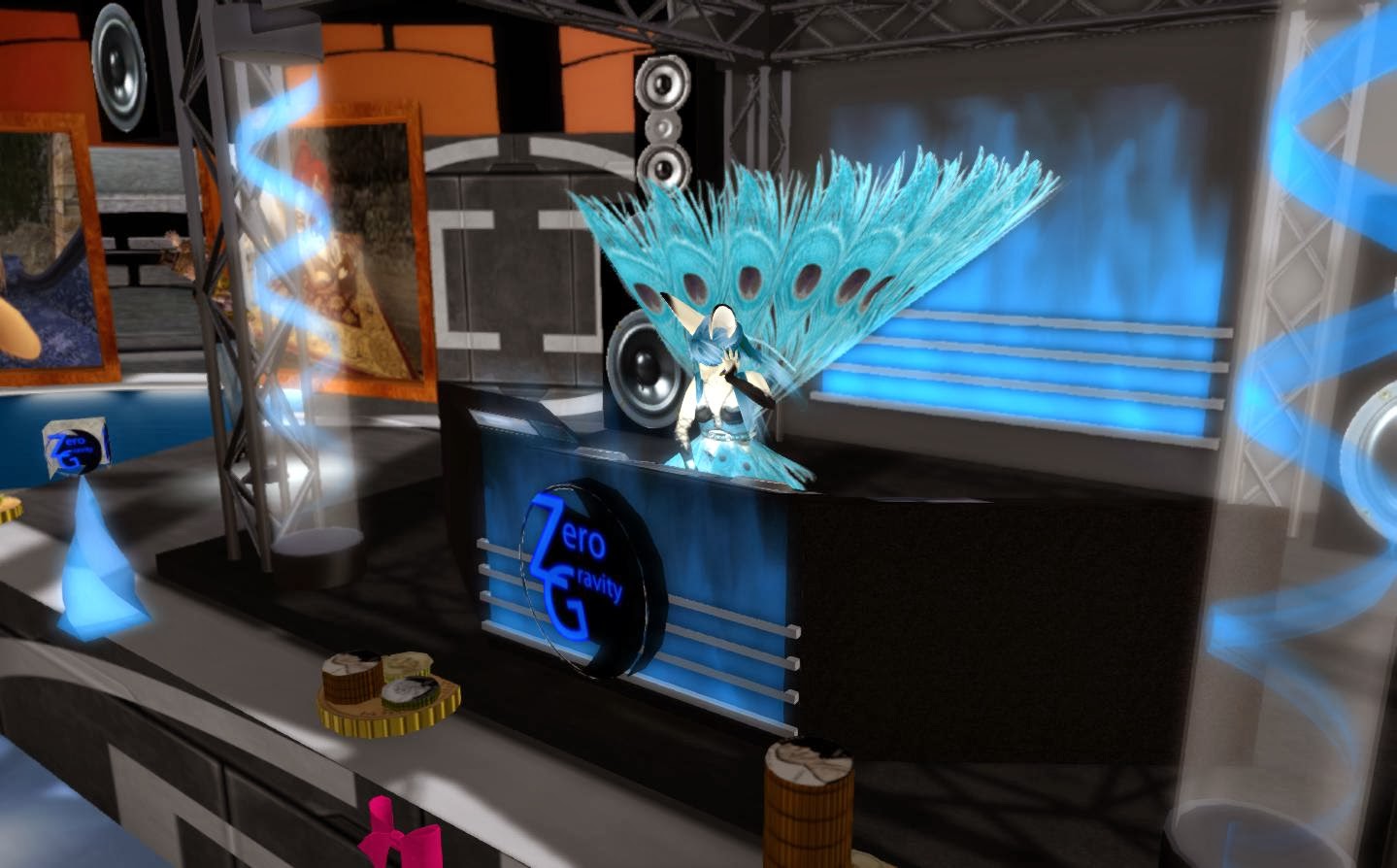 Perri Prinz was the DJ for the event. Her selection included a number of Jazz tunes worthy of a parade in New Orleans. But there were also a number of classic rock and pop songs mixed in.

The winner of the contest was Valkyrie McGill for what she called her "peacock" dress.

It was a small party for Club Zero Gravity, perhaps some were out partying in real life. But a fun time was had by all.