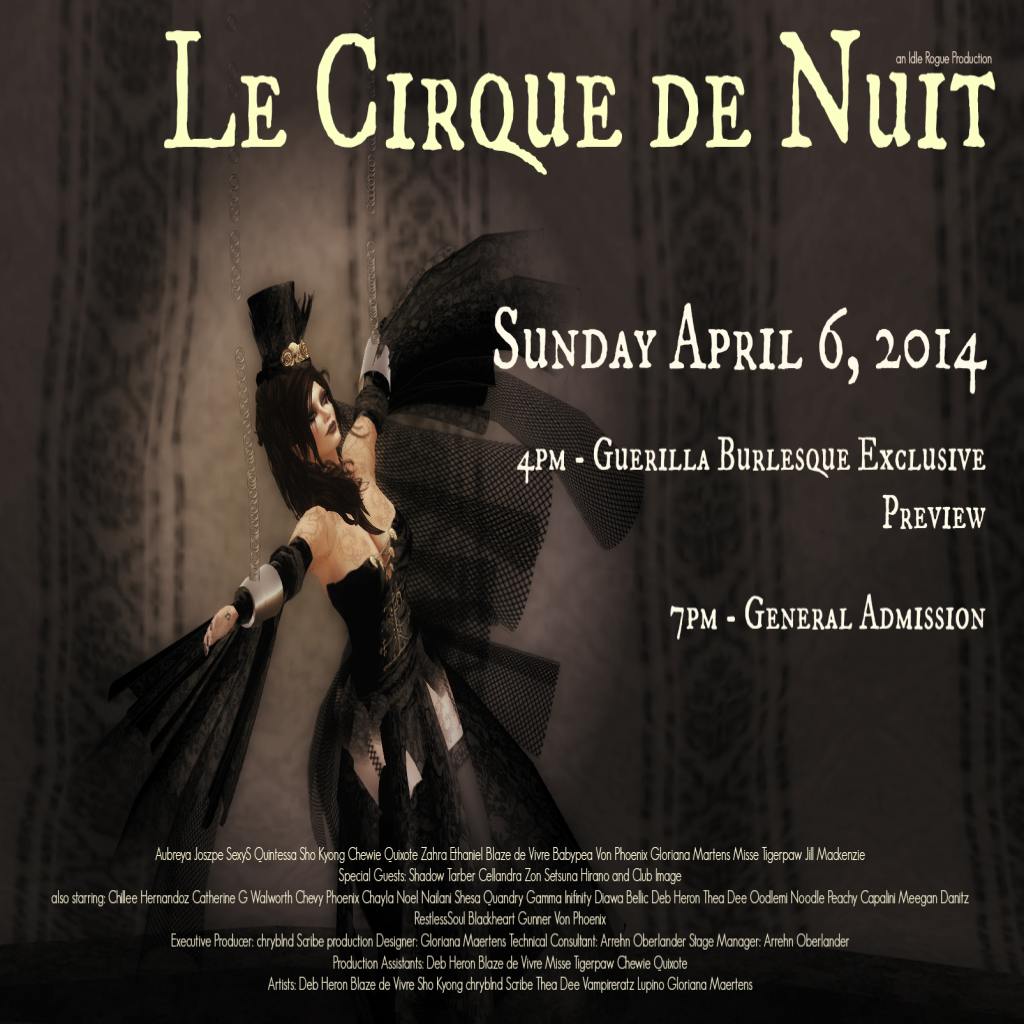 Le Cirque de Nuit is a dance entertainment spectacular unlike anything you have seen before in Second Life. A collaboration between some of SLs best-known dancers, builders, scripters and communicators, Le Cirque de Nuit is a black-and-white steampunk dance circus which loosely references Erin Morgenstern's novel "The Night Circus".

The show is a tightly-produced set of 13 circus-based acts interleaved with "interstitial" art installations, which we use to distract you while we change sets. The soundtrack is steampunk, and the effects are dazzling, as we attempt to lure you into a completely immersive environment. We want to take you on a journey into a lavish hour of entertainment!

The show will run at 4pm and 7pm on April 6th, on Idle Rogue, with the possibility of a limited run of touring and home performances throughout 2014. SL media are invited to a special preview session on Wednesday April 2 at 4pm or 7pm, which will feature a mini-performance and a Q&A session with some of the cast and crew.

Please look through the materials we have provided and contact Aubreya Joszpe if you have any enquiries or would like to RSVP for April 2.
Posted by Bixyl Shuftan at 6:01 AM