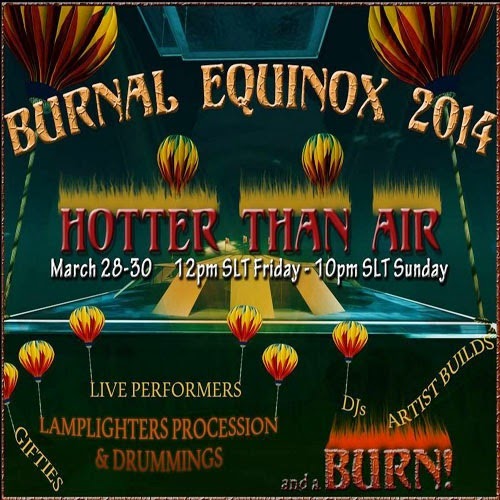 Time has  passing so quickly. Notice of the Burnal Equinox was released about two months ago... seems like last week! Next weekend the Burnal Equinox of Burn2 will be open .
I have been in the region, lost in the noxious green toxic waste that covers the ground in Deep Hole. But above you will find marvelous builds to investigate hovering in the clean air supported only by their own gaseous  inventions.  The center camp has be also been raised out of the goo and hovers in the air  held in place by balloon power. Parties will be taking place inside where I saw a great dj stage and a lovely piano waiting musicians. 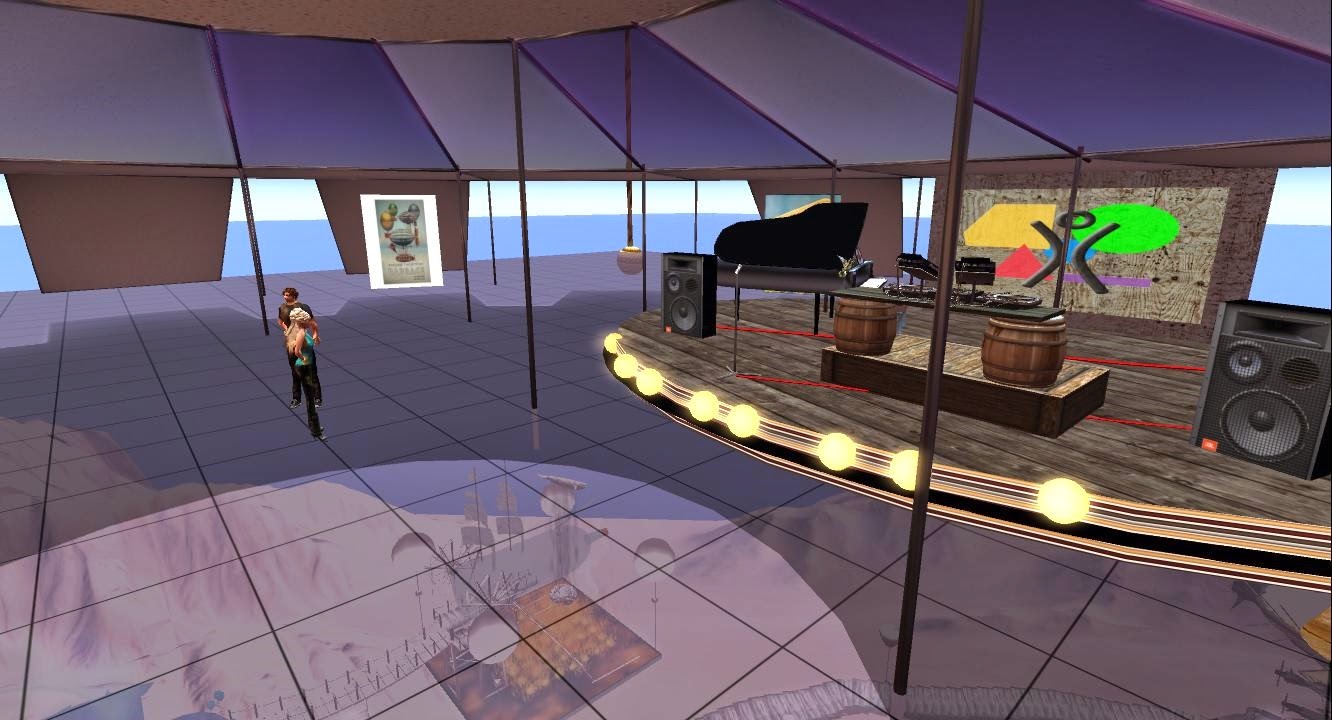 I had a talk with the Event Coordinator, Leroy Horton (Demonstrating the gas mask) who told me that greeters will be handing out protective gas masks and directing all to transport balloons to access the Center Camp and to other balloons that  tour the entire area.  The event will be open to the public Friday, March 28 at 12PM SLT.The lamp lighters procession will open the festivities.  The event will be open through March 31 when it will close at 1am slt.  so you will have plenty of time to visit more than once. Put it on your calendar for next weekend.

Check out the video (below article) and keep the event list below.
http://www.burn2.org/calendar .

(Click Here if the video fails to load )
Posted by Bixyl Shuftan at 6:02 AM