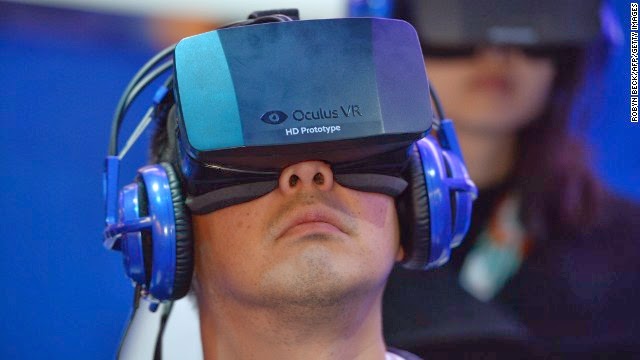 On Tuesday, it was announced that Facebook had purchased Oculus Rift for two billion US dollars. “Mobile is the platform of today, and now we’re also getting ready for the platforms of tomorrow,” stated Mark Zuckerberg, Facebook's founder and CEO, “Oculus has the chance to create the most social platform ever, and change the way we work, play and communicate.”

The announcement from Facebook stated the deal was for about $400 million in cash and about 23.1 million shares of Facebook stock valued at 1.6 billion US dollars. It was also stated "The agreement also provides for an additional $300 million earn-out in cash and stock based on the achievement of certain milestones."

The news of Facebook's latest acquisition, a month after they had bought the messenger platform WhatsApp for $19 Billion, came just after it was announced that 60,000 Oculus Rift units had been sold in it's first year. Hamlet Au of New World Notes thought this news, while impressive on it's own, also suggested a greater potential demand for virtual reality headsets. As the units had sold for $350 US dollars, "it's a very solid data point suggesting there is a mass market for a cheaper consumer model." Facebook's announcement claimed the figures were more than 75,000 units.

Early on, Linden Lab showed interest in the virtual reality headset, enough to start working on integrating it with Second Life in an "unofficial capacity." Hamlet Au then called the move then an "enormous gamble," but one it should take. Now, with Oculus Rift's future being a mass market one, Hamlet felt the Lab should invest more than ever.

Facebook also has some former Lindens on it's staff.  Cory Ondrejka. Linden Lab's co-founder is the head of Facebook's mobile division. Jim Purbrick, another Facebook worker who once worked at the Lab, posted, "Apparently I work at a virtual worlds company again."

Reaction appears to be mainly positive, people anticipating Facebook's large coffers able to generously fund research and development. But there have been some complaints, notably about concerns about privacy and datamining. On Oculus Rift's Kickstarter page, many posted complaints about the move: "I hate to see Oculus join facebook. Facebook is something I hate from the bottom of my heart (never joined it) .. the news totally ruined my day and I'm thinking of canceling my pre-order." The BBC reported that the creator of Minecraft, Markus  Persson, creator of popular online game Minecraft, had cancelled a deal with Oculusafter hearing the news, "We were in talks about maybe bringing a version of Minecraft to Oculus. ... I just cancelled that deal. Facebook creeps me out."

So why did Facebook buy up Oculus Rift? The social media  giant has been buying up a number of acquisitions. So perhaps it's mainly for another source of revenue. But there may be other reasons. Perhaps Mark Zuckerburg is looking to catch the next tech wave. Perhaps Facebook is trying to appeal to younger users, which have been leaving as more older people sign up. Or perhaps it is, as one man in a CNN article put it, "to hedge against the day that the era of the social network as we know it becomes totally played out?"

This is clearly big news for virtual reality and virtual worlds. The money behind the multi-billion dollar company means promises for more and faster developments. But what will be the catch?