Yesterday on March 5, Linden Lab announced a new application on the market, this one for Second Life users: SL Go. This product allows residents to run Second Life on tablets. It is currently in open beta. 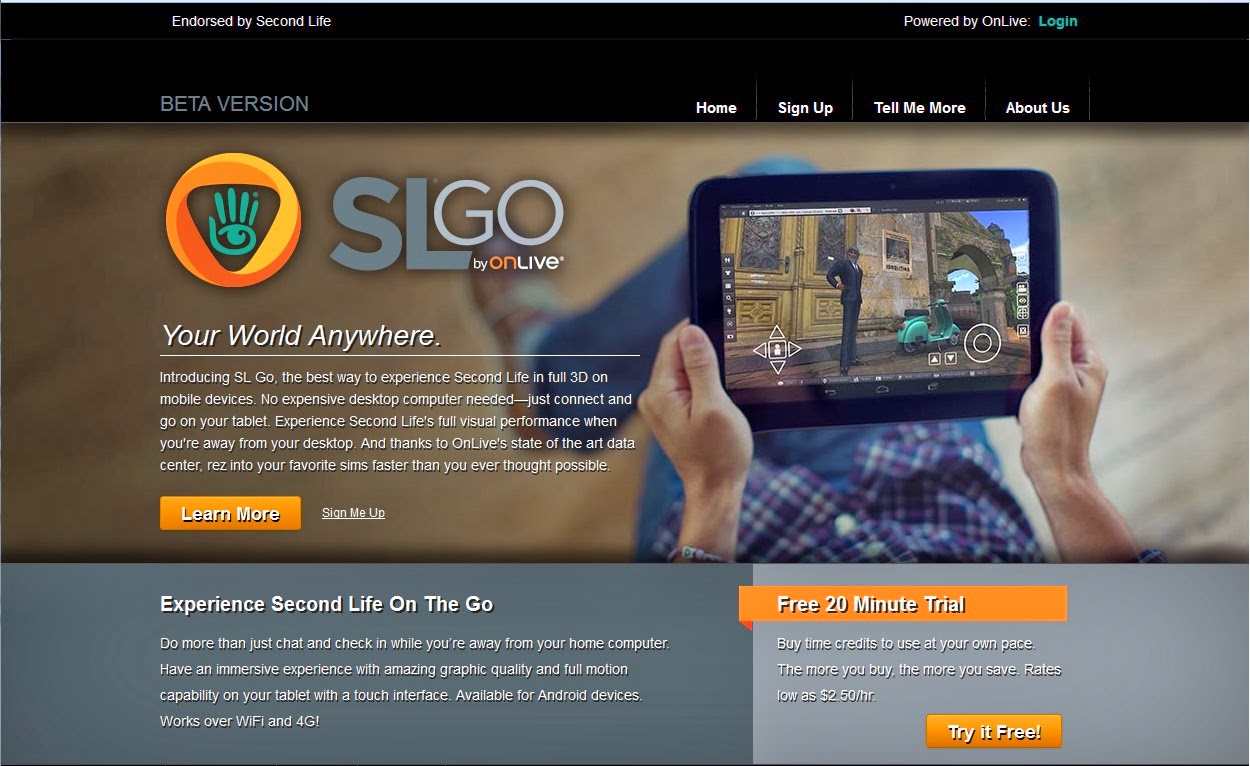 With SL Go, you can experience Second Life from anywhere you have Wi-Fi or 4G connectivity, with ultra high-quality graphics, full shaders, shadows, and the Advanced Lightning Model on Android devices. Not only can you get high-quality graphics on a low-powered device, but you also don’t have to sacrifice frame rate or draw distance for high fidelity inworld explorations. Thanks to super-fast gigabit connections with OnLive’s high-performance gaming servers, objects and textures rez quickly when logging in and teleporting. OnLive has clocked the SL Go viewer at upwards of 200 fps set to Ultra with Maximum Render Distance, allowing people to participate in events, engage in combat games, and generally enjoy immersion in Second Life at a level never before possible on a mobile device.

With SL Go, OnLive has brought touchscreen interaction to the Second Life experience, but if you prefer keyboard and mouse, you can opt to connect these devices and interact with your friends in the same way you always have. SL Go gives you access to edit menus, inventory, preference settings and chat management just like the Second Life Viewer on your home computer.

To use the application, one needs an account with Onlive. New users get a 20 minute free trial, after which residents need to pay to use it, from $3 an hour, to $8 for three hours, to $25 for ten hours. For now, it is limited to the United States, Canada, and Great Britain.

This is clearly a major move for Linden Lab and Second Life, one in development for many months.

More information later on SL Go and what others are saying about it.
Posted by Bixyl Shuftan at 6:01 AM