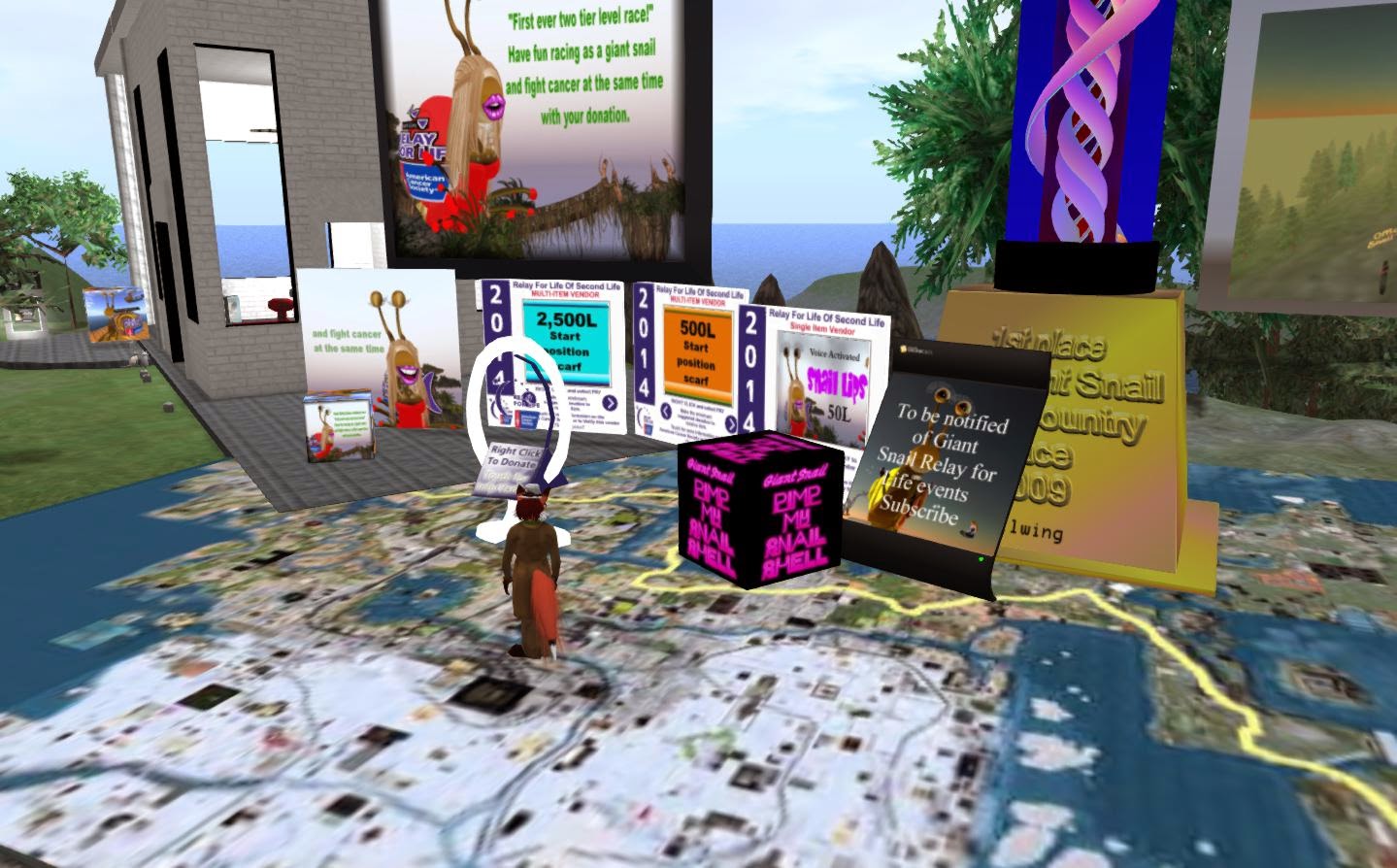 On Saturday at 11:30 AM SL time, the first Cross-Country Giant Snail Race of the year took place in Second Life. Organized by RacerX Gullwing and his team, the Giant Snail Races usually take place on a track in the Devon Dream sim every week. During the Relay For Life fundraising season, once a month there is a special cross-sim or cross-country race to help raise funds for the cancer charity through the Giant Snail Races team. Typically such events can span a few dozen sims, and always take place on the Second Life Mainland over highways. This race took place across 37 sims on the continent commonly called Sansara. 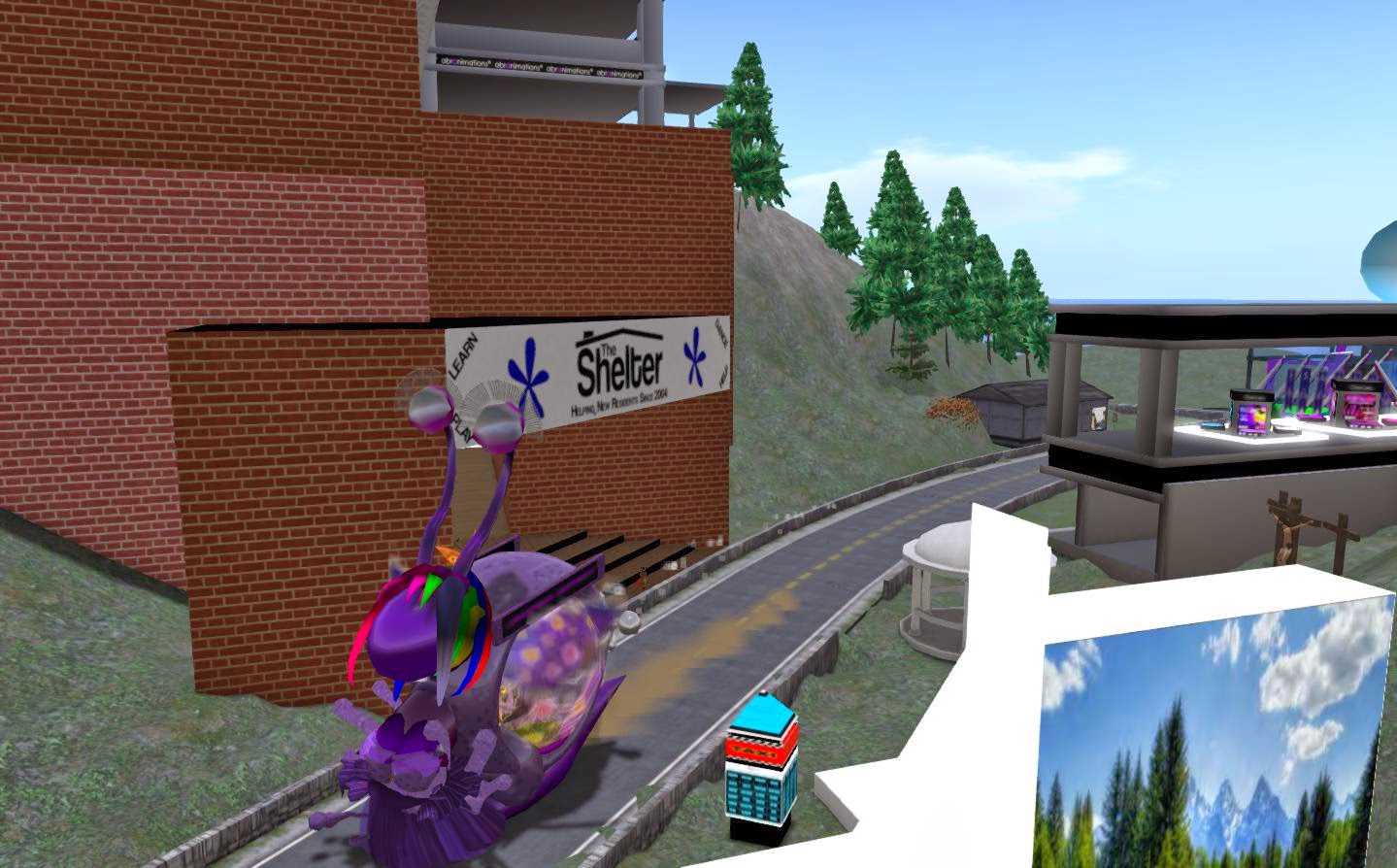 For a 2500 Linden entry fee, racers could start at the starting line at the Abitibi sim. There was a cheaper 500 L fee, but those taking the discount had to start a sim back. The course went through both country and urban areas, with green arrows helping to mark the way for the giant snails as they wobbled their way down the track, leaving behind trails of "slime bubbles." Snail avatars are customizable, and some stood out such as Snurky Snoodle's 3D glasses and Tindalla Soothsayer's pink shell and dress. Some noteable places were passed such as the newcomer hangout "The Shelter."

After a little more than a half hour, the finish line in the Noyo sim was first crossed by Gareth8 Albatros. Snurky Snoodle took second place, and Oodlemi Noodle third. Others came in as follows: 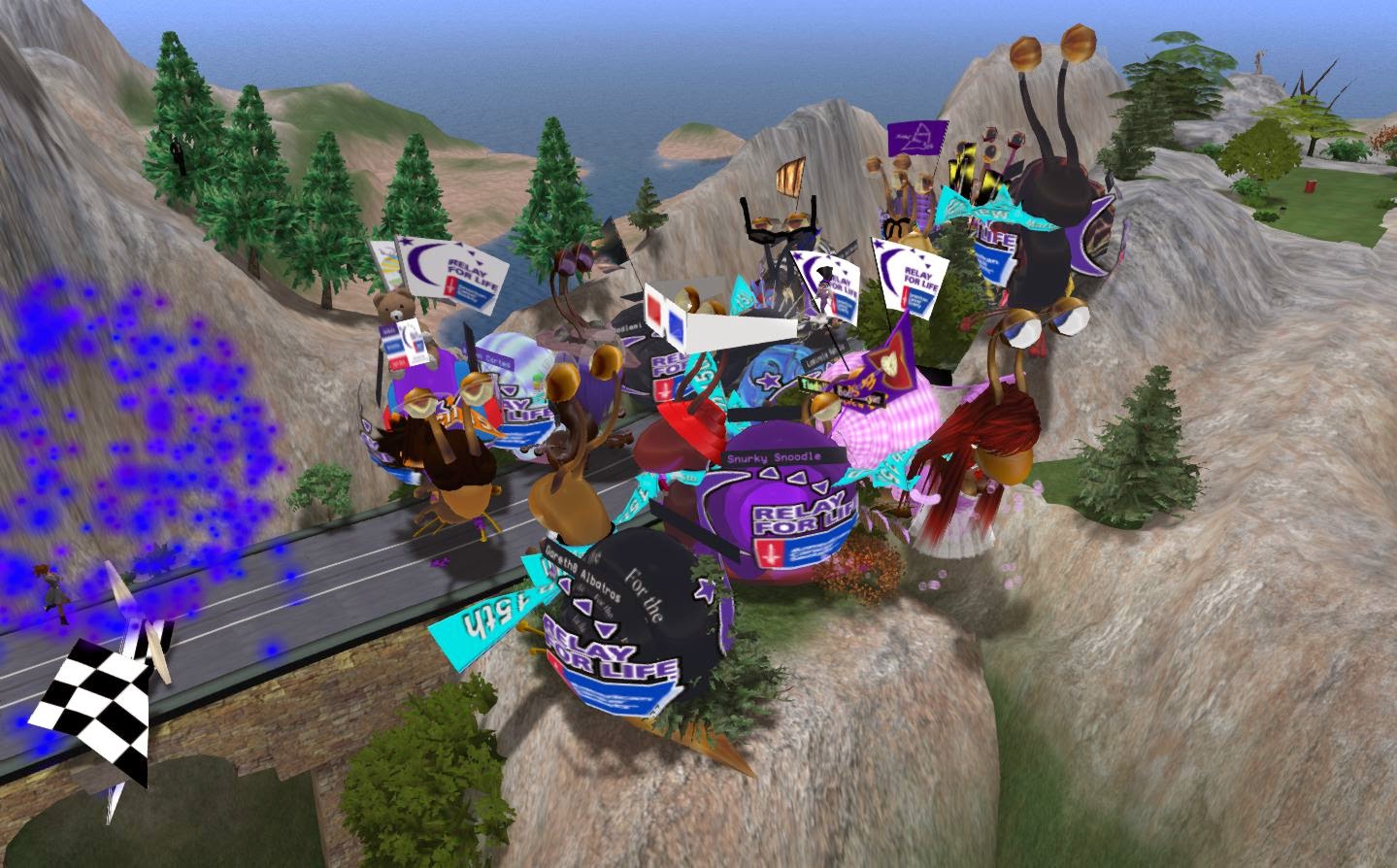 RacerX would later announce, "We raised 47,950 L with the race today and Wildstar Beaumont took some great pictures of the race with shadows on. They are gorgeous." Wildstars pictures can be found on his Flickr here: (link) There was also a youtube made of the race, with yours truly able to be seen at the finish line (55 minutes long).