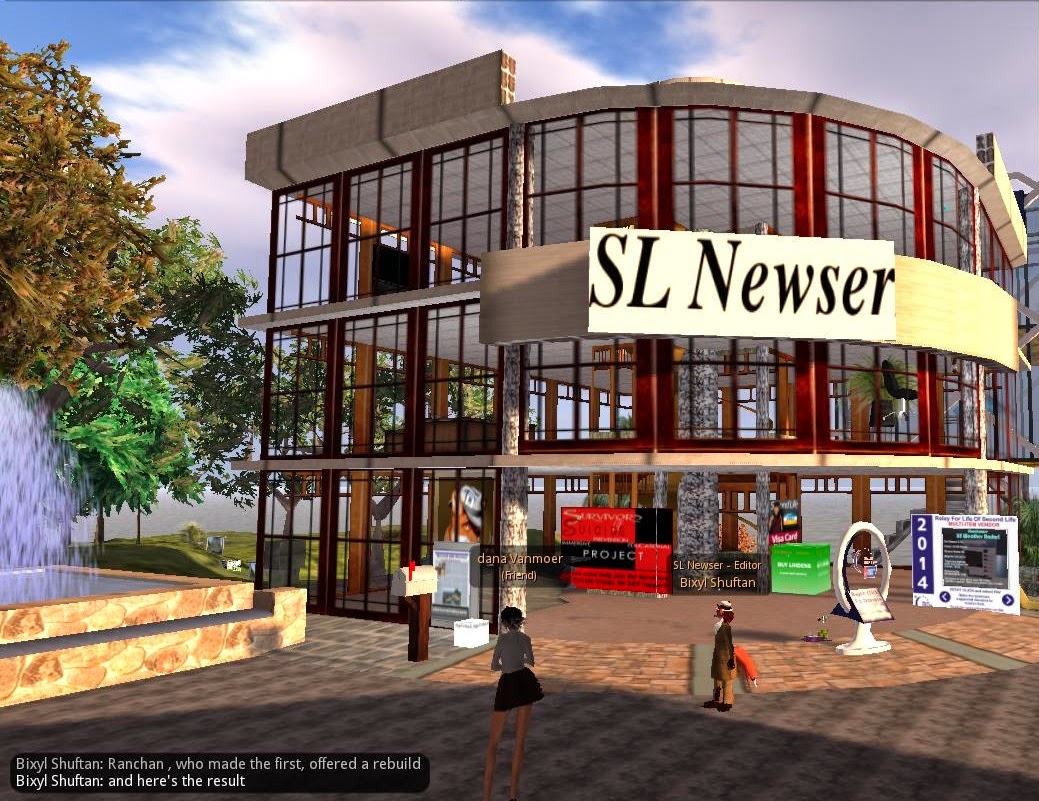 Before Second Life Newser, there was Second Life Newspaper, of which the editor was Dana Vanmoer. Since the close of the old paper four years before, she'd only been back inworld once, when her SL mother Breezes Babii was ill. Since then, she'd decline invitations to return. But finally, on Tuesday June 10, I ran into her online. "You finally got me curious," she told me. After meeting up at her old home in Skybeam, we headed to the SL Newser office. 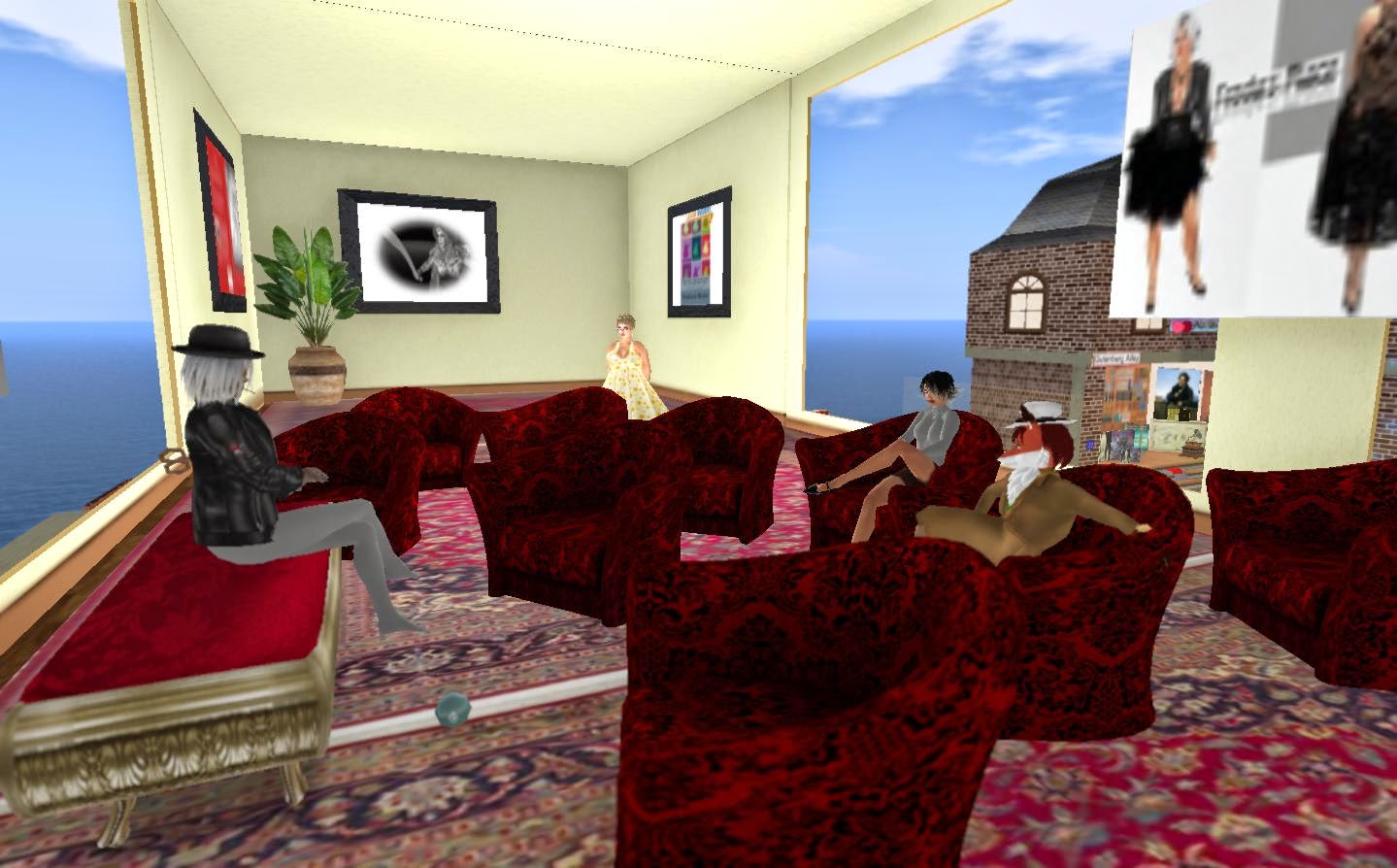 And later on, we headed to Book Island, where we ran into Freda Frostbite, and Crap Mariner. Crap had quite a few things to say on a number of topics from drama to the Avi Choice Awards.

Dana and I chatted quite a bit about the Grid, a conversation that went on when we'd later drop by Club Zero and some friends joined in. Second Life had changed quite a bit. Dana had gotten her start as a dancer, and back then a girl could make a bundle at a club doing that. Not so much any more. She had moved on to being a clothing designer. That had changed as well, with mesh and fitted mesh designs on the scene and making things quite complicated for dressmakers. Gambling was banned just before I was on the scene. It was a different Grid.

Dana told me she had no plans to appear regularly, but making occasional visits inworld to see friends and SL family.

Good to have you back, Dana.