Chakat Northspring (Panterapolnocy Resident) provided this recording of this meeting on Friday June 20 between Ebbe Linden and a few others from Linden Lab, and a number of Third Party Viewer team developers. Just after minute 58 begins, a conversation starts that leads to Ebbe Linden saying that Linden Lab has been working on a next generation virtual world. Word quickly spread in and out of Second Life, including the Second Life Universe forums. 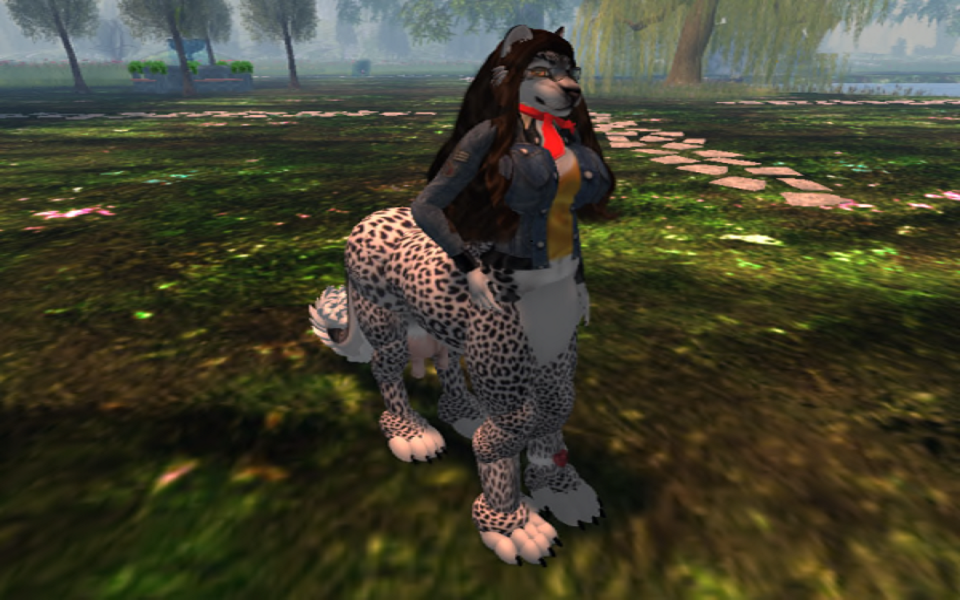 I talked to Northspring a few hours later. She told me the "meeting was planned as usual, Noon-1 pm. Ebbe started to talk shortly before end, after dropping in late, and meeting ended at 2 pm. So, yes, Second Life next gen. And he didn't even announce it. He discussed it - as well as few other topics, like communication with TPV, users of SL, marketing etc."

I asked her if most of the Lab's development was aimed at this new Grid. She answered, "Some devs are allocated there, yes, but that team here is still leaded by Oz, and improvements for SL are on the way as well." Northspring added, "This SL 2.0 won't be even publicily available for some long time. Ebbe just gave insight on plans and things in progress. After all, Lab is a company, (a) business. Oz said, that as long as SL will be profitable ... they'll be developing it. So it's not like shutting down SL and forcing people to SL2."

"Sorry for my grammar," she commented, "I'm trying to wrap my head around this misinformation nonsense on blogs, reading all rumor posts."

I asked if this new Grid would be closed to content from Second Life, that content creators would be unable to upload it. Northspring answered, "Yes, Ebbe said that, actually. But as I've said, not in the content of announcement, rather loose thought. They want to make that "new grid" better, not flooded with old assets from 2007... but Ebbe actually said something about import/export. I can't recall now what exactly, probably that it's not too possible, but he's aware of the problem, that starting from scratch would be hard." She brought up Ebbe Linden's Twitter, "His answer actually answers your question better. They generally want new, good content - not old asset system. But they're thinking. That's how I understood it. 'Will we be able to upload any of our SL stuff? Maybe just mesh or nothing at all?' - 'Too early to tell. All I've said is that we don't want the next gen to be constrained to be less than what it should be.' Key is 'too early to tell.' He just shared an insight, and now SL is flamed up with drama."

Northspring went on, "And it's actually a good thing, that he shared it. Linden Lab was never so open for long time, and we can look in the future with them. Well... they've made Patterns. No one in SL died because of that. " She mentioned the blogs that were spreading rumors and panic, and rolled her eyes, "SLU and several blogs already, one hour after meeting finish."

Northspring went on, " About being profitable - Oz said, in content of  'how long (the) original SL would go.' that as long as it'll be profitable - 'months, years, forever - I don't know.' the word 'forever' suggests for me, that SL original and planned 2.0 can coesist, if they'll be both profitable."

"The fun part is, that this project was in development for 2 years and now people wake up, when Ebbe is starting to say about pre-alpha testing. And he just shared this info with us." Northspring then espressed worry, "I'm actually pretty afraid, that Ebbe will now stop to share any information with community because of this one reaction. After all, there goes his weekend. I hope they won't do it."

Northspring would later start a post on the Secondlife.pl forum, which you can find (here). "I admire (honesty)," she stated there, "Linden Lab's probably never been so open with respect to the members enough to communicate transparently with projects of this type and to respond to the unofficial forum (skipping that desire wystopowania panic). It is very good that Ebbe became the 'head' Linden Lab - and that is so honest, although its PR department is not necessarily (sharing) the same opinion."

"draw your own conclusions by the brain, rather than succumb to the general panic and rumors."

More on Ebbe's announcement can be found at: