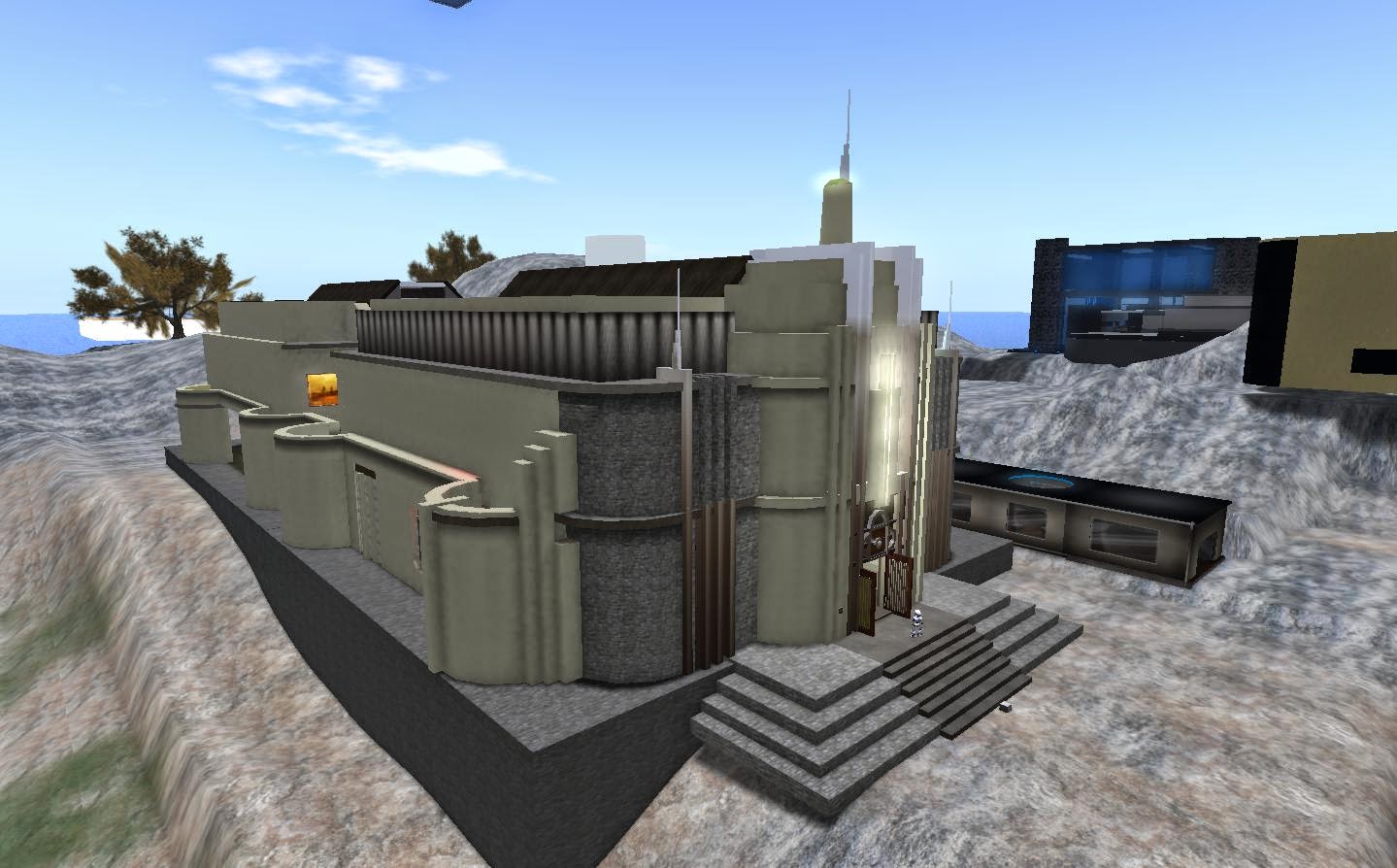 It was a day in late June at the Podex exchange, and the tellers were busy making transactions with their customers. When things quieted down, they talked a little about goings on elsewhere on the Grid. Some talked about the Second Life Eleventh Birthday celebrations, and the activity at their grounds, saying they were going to drop by there after work. Another topic of conversation was the Relay for Life's events. And being summer, there was some talk about heading to the beach, especially since some customers had come here to get Lindens for that very purpose.

In the middle of their talk, an unusual figure walked in. He was all in metal and mechanical looking, with fingerless hands. Instead of a face, he had a camera, giving him a somewhat cyclopsian appearance. His only decoration was an "11" painted on his chest. 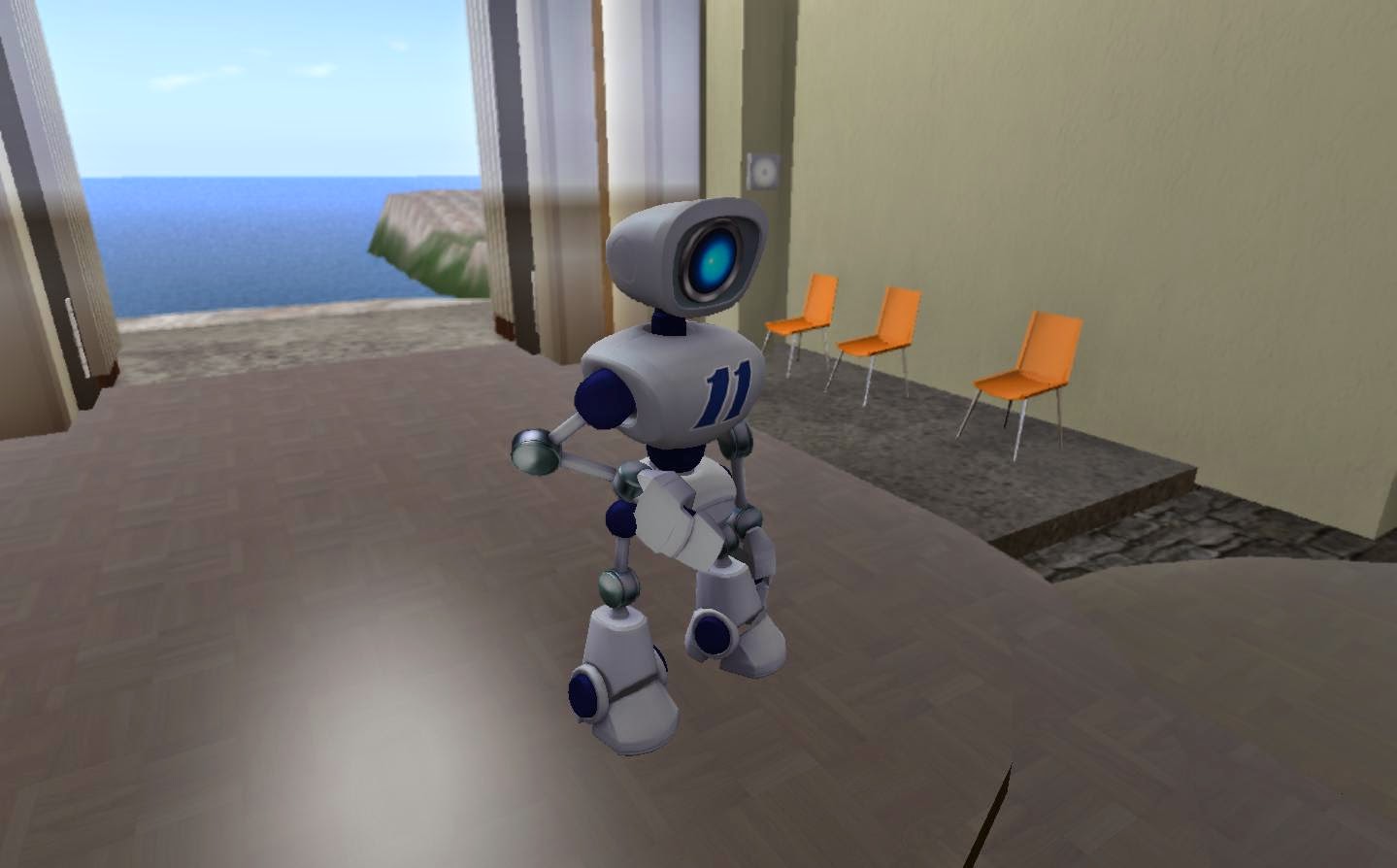 "Um, can we help you?" one of the tellers finally asked.

"Er, of course, Sir. We will provide you with Linden Dollars in echange for a number of international currencies."

"THIS UNIT REQUESTS INSTRUCTIONS FOR THE PROCEDURE."


"Well, you just fill out this form. Choose which kind of money you wish to exchange, and once the paperwork is filled out we'll transfer the Lindens to your account through electronic transfer."

The metal-plated visitor did so, taking a very short ammount of time, and the deal was soon done. 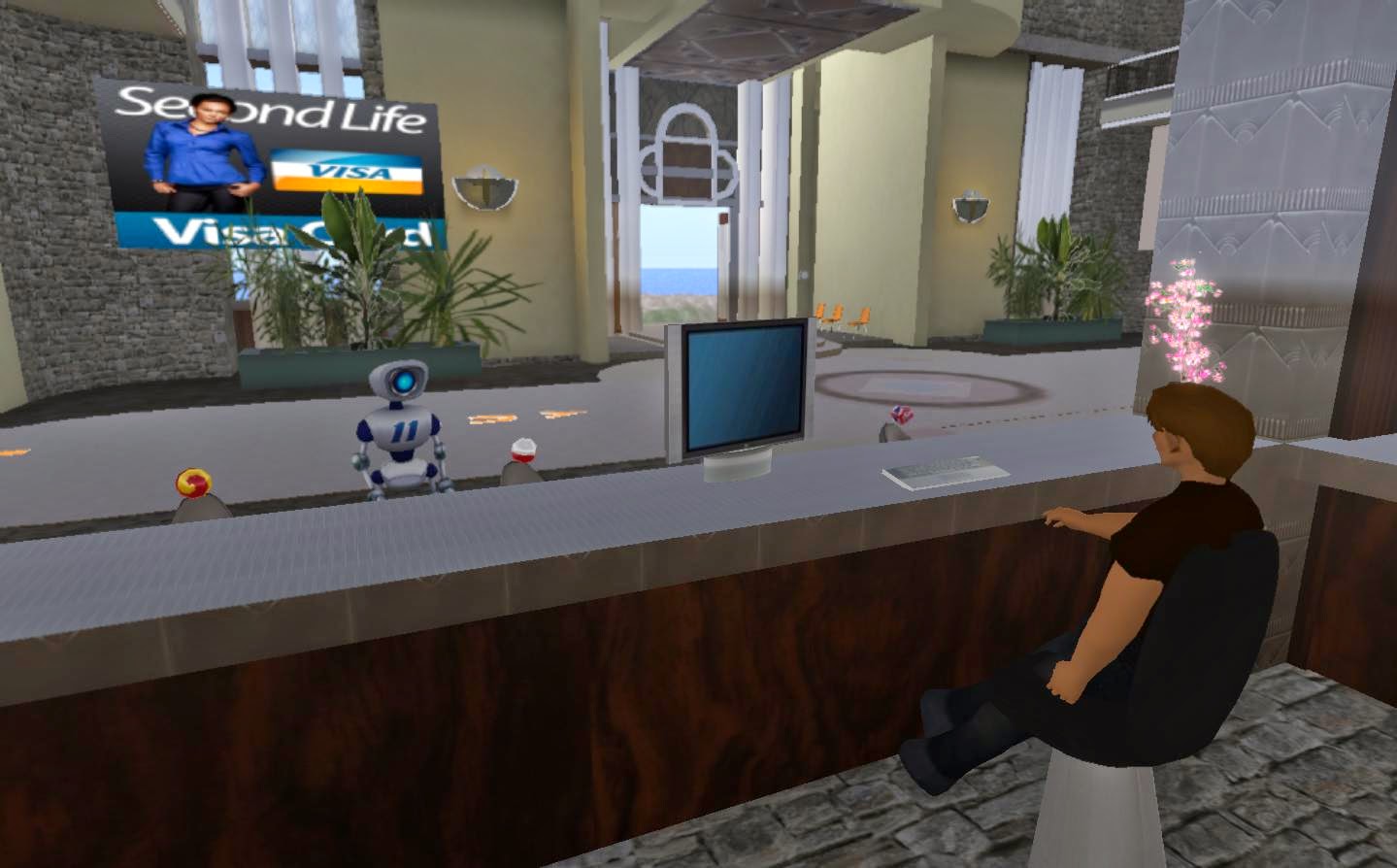 "THIS UNIT COMPLE- MENTS YOU ON YOUR EFFICENCY."

"Thank you. By the way, we don't get that many customers of, such an electronic nature. Of what purpose might those Lindens be for."

"THIS UNIT EXPECTS AN EMOTIONAL REACTION TO BY RESPONSE DUE TO THE HIGH PROBABILITY OF AN INONIC INTERPRETATION."

"I beg your pardon?"

"THIS UNIT WISHES TO PURCHASE AUTOMATIONS FOR AN ASSOCIATE'S SIM DESIGNATED AS 'RP,' KNOWN AS 'BOTS.'"

The tellers had a chuckle, and the unusual customer went about his way.

The Podex Exchange is located at the Coda sim at (45, 218, 61), with a website at http://www.podex.info/. Jacek Shuftan is the CEO. Jacek recently began allowing the option to deal with Bitcions, wanting to support the independent currency.

Note: The preceding is a fictional story, written for the dual purpose of advertisement and entertainment.
Bixyl Shuftan
Posted by Bixyl Shuftan at 6:00 AM