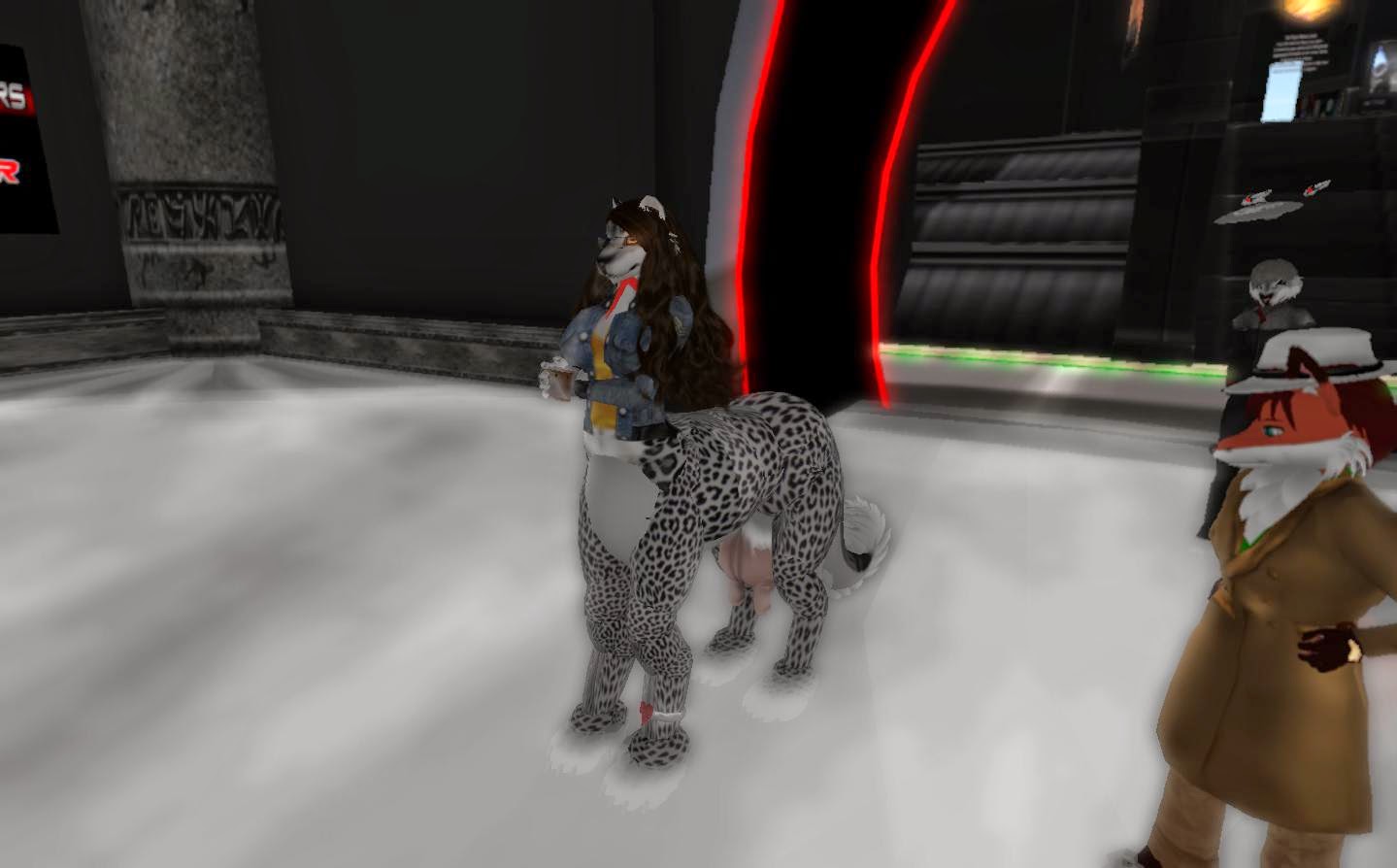 A couple weekends ago, the Second Life Science-Fiction convention was taking place. I took a peek over there, and ran into one of Team Firestorm: Chakat Northspring (Panterapolnocy Resident).

Chakat told me Firestorm isn't likely to have a major update anytime soon, "We need to merge in Project-interesting first. And polish everything again, as after every merge ... which includes beta testing etc. A lot of conflicts in flies. Huge merge. ... It's not me, who is doing that luckily, but developers responsible for that have hard time. ... Linden Lab code changed in many places/files, where we did our modifications. It'll take some time." She thought it would take two to three months, but it could be longer, "There is a reason why Jessica is not giving any solid dates usually on anything, only flexible amount of time."

"I take it the complaints about Phoenix have died down?" I asked her, referring to some whom were happy with Team Firestorm's old Phoenix viewer being retired and no longer updated. Chakat answered, "Mmm... well, there still are people on Phoenix, but small numbers. Hardcore users, who it seems are fine without seeing avatars at all, and using (the) viewer for chatting, lecture listening or other inworld activities. But (the) majority of users spread between other viewers, Firestorm in majority."

After a short chat, which included a little about her taking part in a Star Trek roleplay, and watching a few brawlers duke it out at the "Mighty 'Morphing Power Rangers" exhibit, we went our seperate ways.