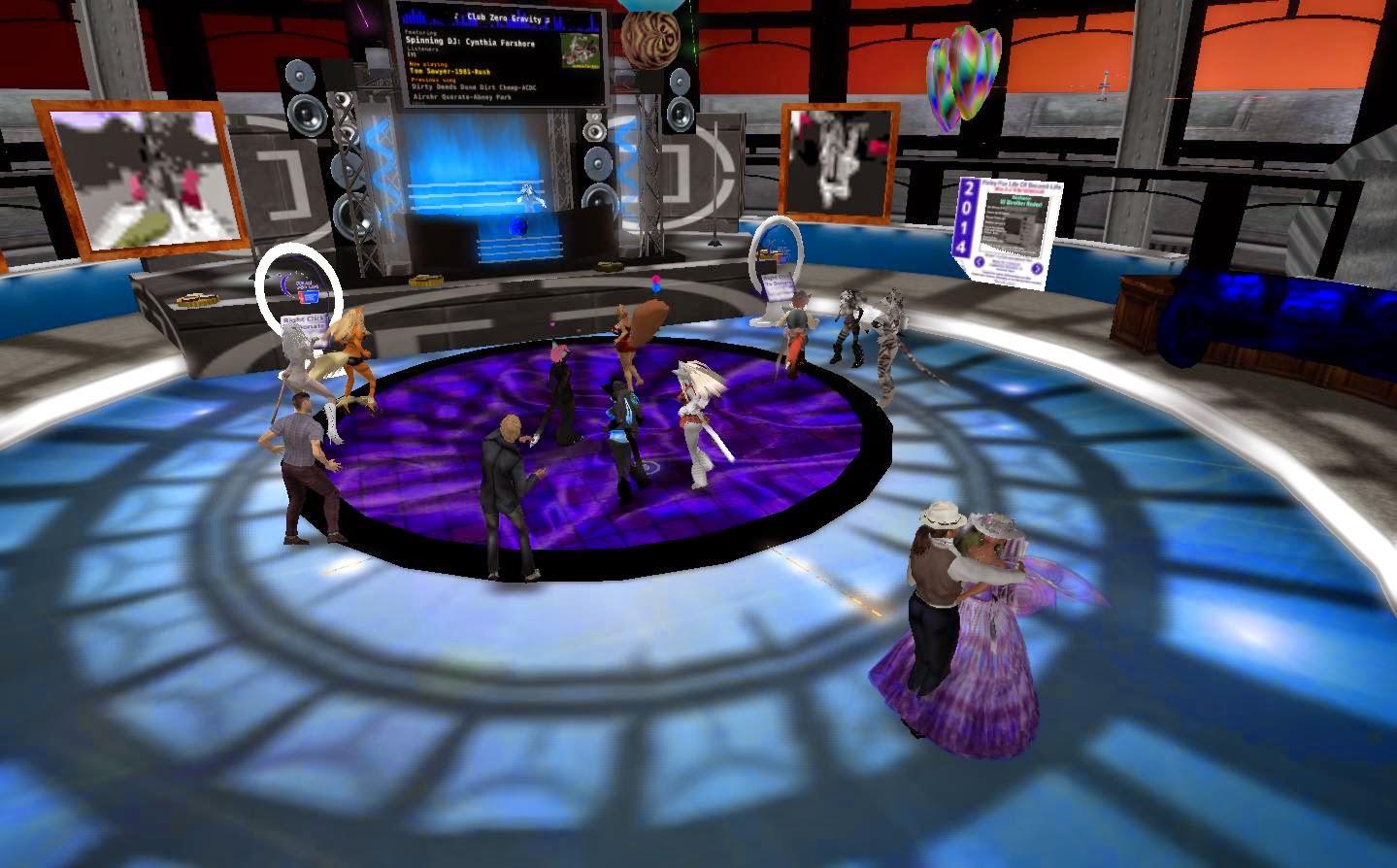 Yesterday from 4 to 6PM SL time, the Sunbeamer Relay for Life team held an event at the space station club Zero Gravity. The event was part of the "Booty Call" organized by team leader Rita Mariner.

Hey folks! Tonight, the Sunbeamers are having a special event at Club Zero Gravity for the Relay for Life, the "Booty Call." So dress as to how you would go about as being party to a booty call. And yes, we can include pirates as they're after more than one kind of "booty." So provocative or pirate, you make the call. And don't forget to give generously to the Relay kiosks.

The event was attended both by those part of the Sunbeamer team, other Relayers, and friends of. Relayers such as Oldesoul and Madonna made appearances. A total of over 5000 Lindens were raised in the two hour event. DJ Cynthia provided the tunes.

Sunday is the final day of the Sunbeamer's "Booty Call" with a special event at Club Cutlass on Sunday, a "Knights and Damsels" event in which residents get their chance to "Bid Rita Human."
Posted by Bixyl Shuftan at 6:00 AM