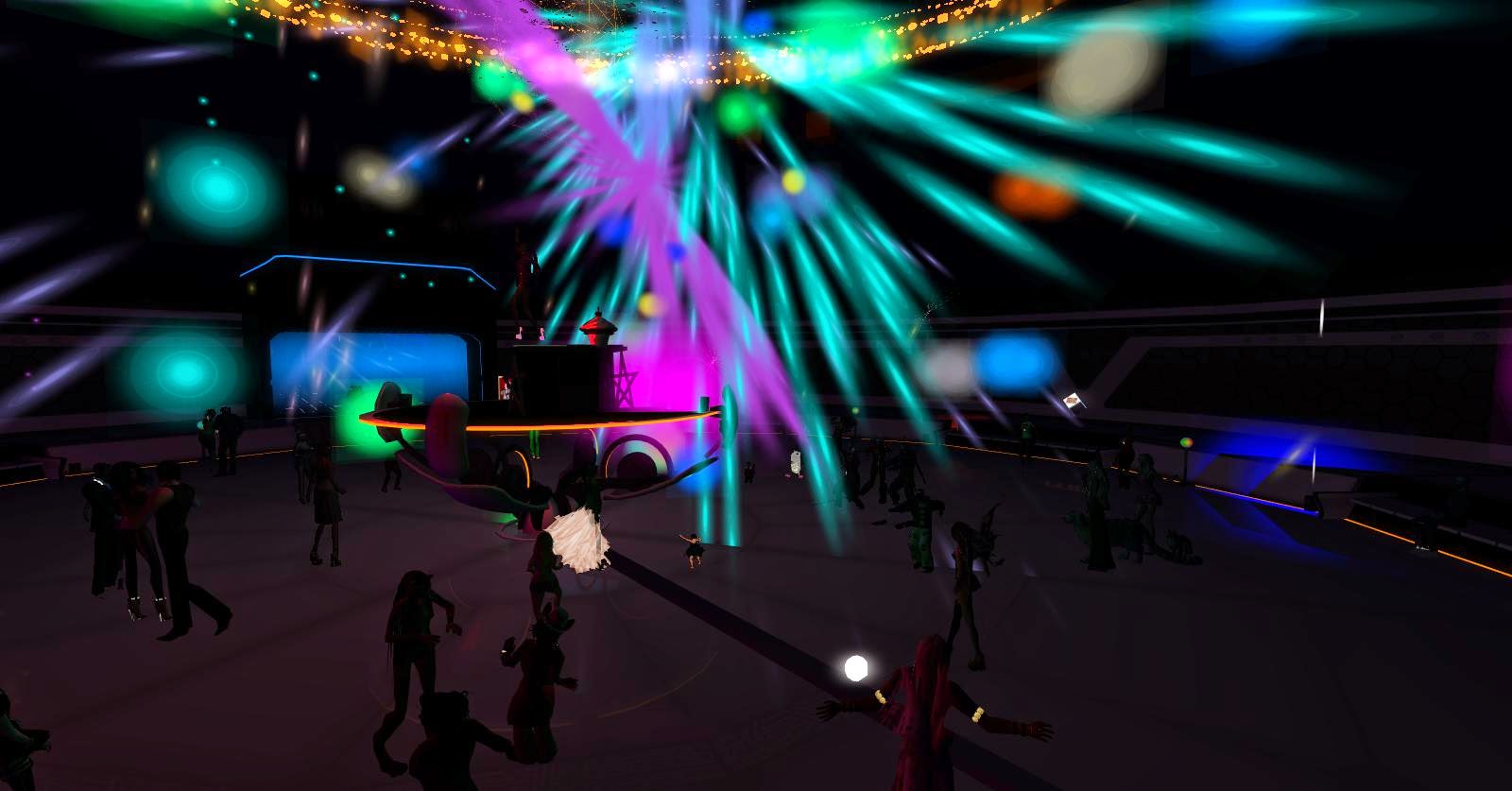 Zia Larnia, whom was among those attending the last performance at the SL11B Cake Stage by Laz Dresler from 10PM to Midnight SL time on Sunday June 29, took these pictures of the fireworks show that started at 11PM 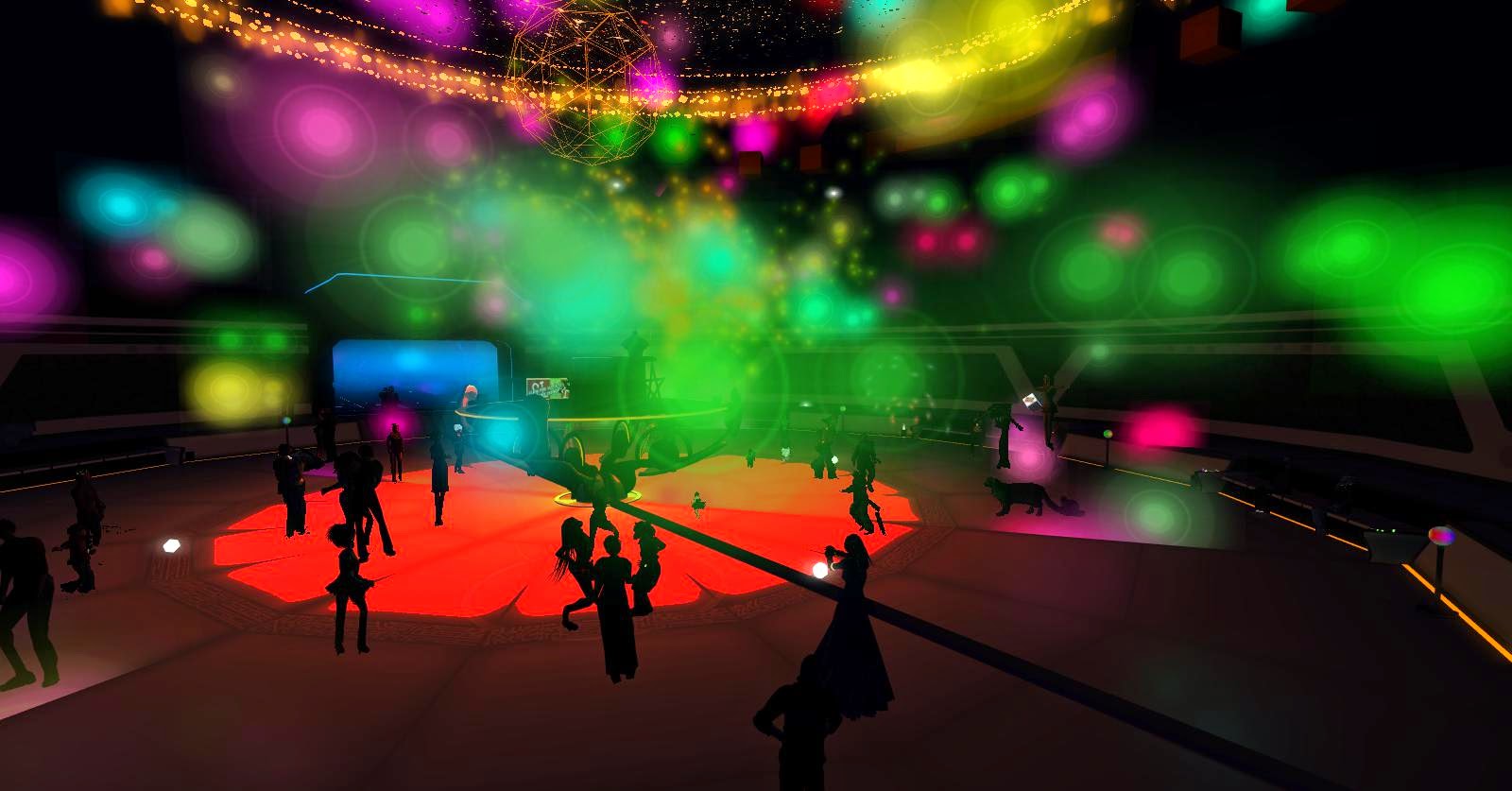 While some rockets made it outside the stage area, the real treat was inside. Everyone was dancing amongst the lights. 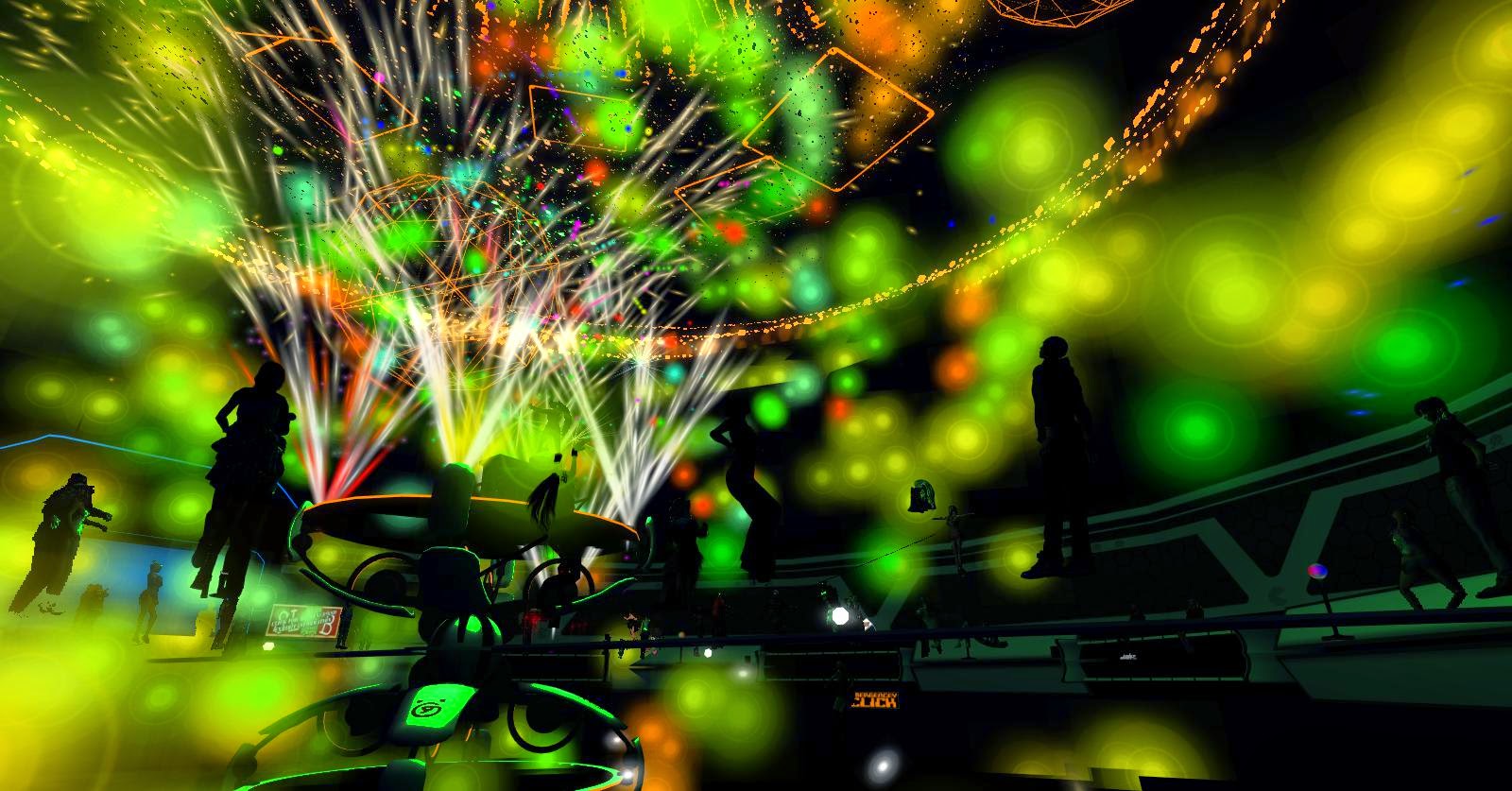 And so, the Second Life Eleventh Birthday Celebrations officially came to a close. But this is not the end. The exhibits will still be up for several more days. Some exhibits will also have their own smaller parties this time, including the SL Newser Exhibit, which will have one today at 2PM SL time at SL11B Fascinate (78/87/21/)

Pictures by Zia Larnia
Posted by Bixyl Shuftan at 6:05 AM