Party Time at Qwark and Gemma's 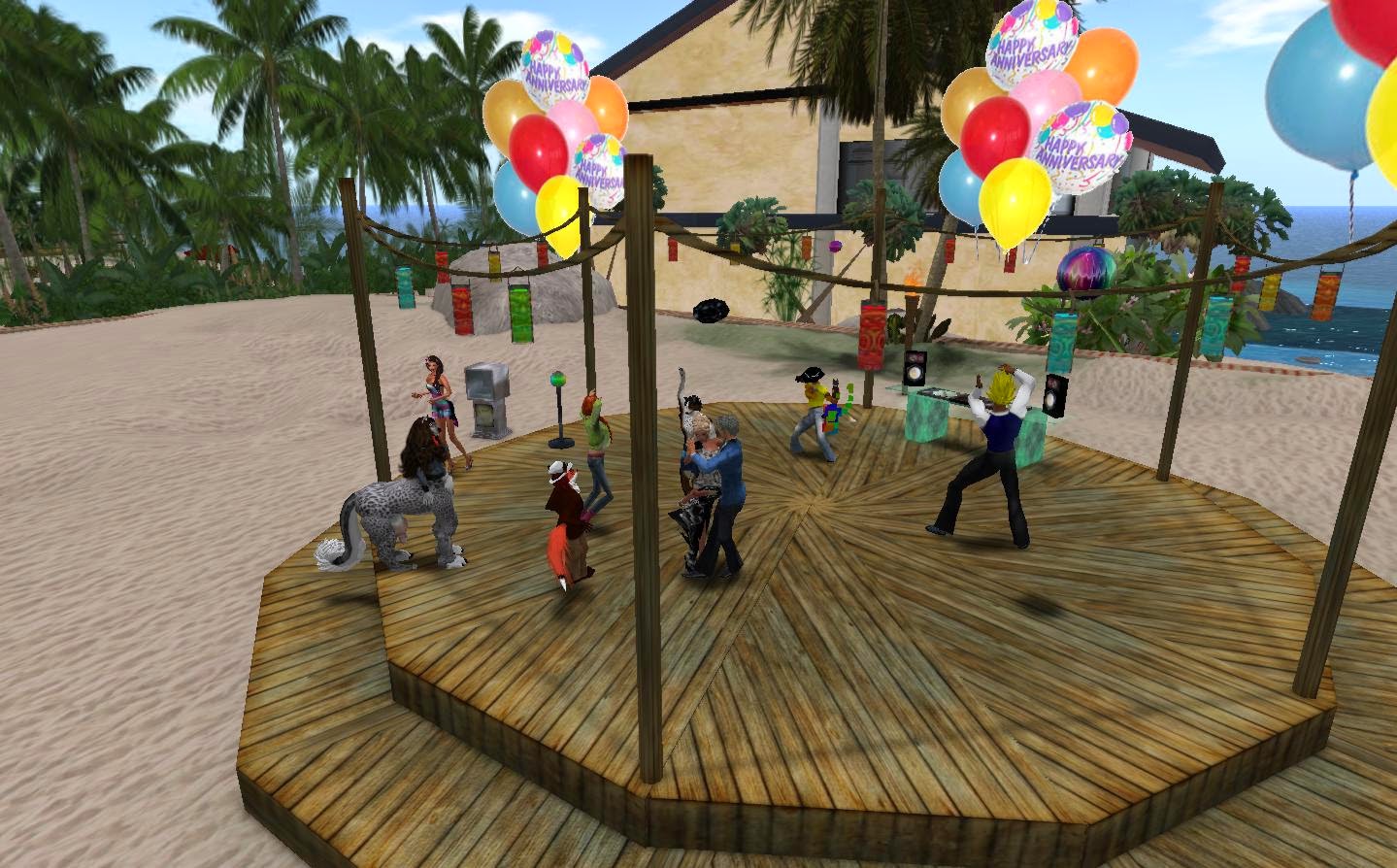 On June 21 at Noon SL time, Gemma Cleanslate and Qwark Allen threw a beach party at their house. They called it the last of the SL Newser celebration parties, though as it took place a week later, to me it was more like a "between the birthdays" bash, with the SL11B just a couple days later. 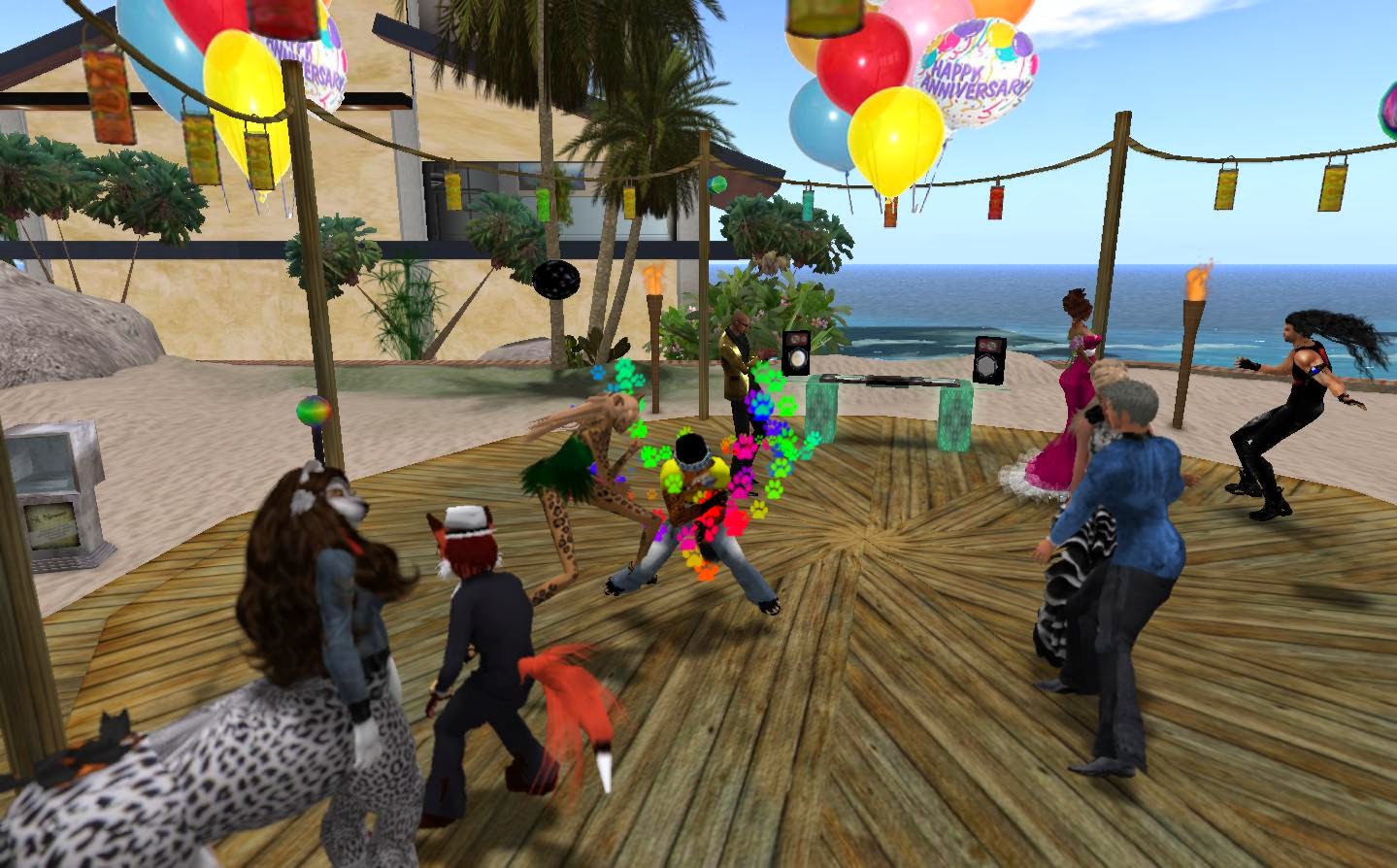 Those dropping by included Any1 Gynoid, the former CNN iReporter, and Chakat Northspring of Team Firestorm. The latter brought out her pet firekitty on her back after seeing Qwark's playing in the sand. 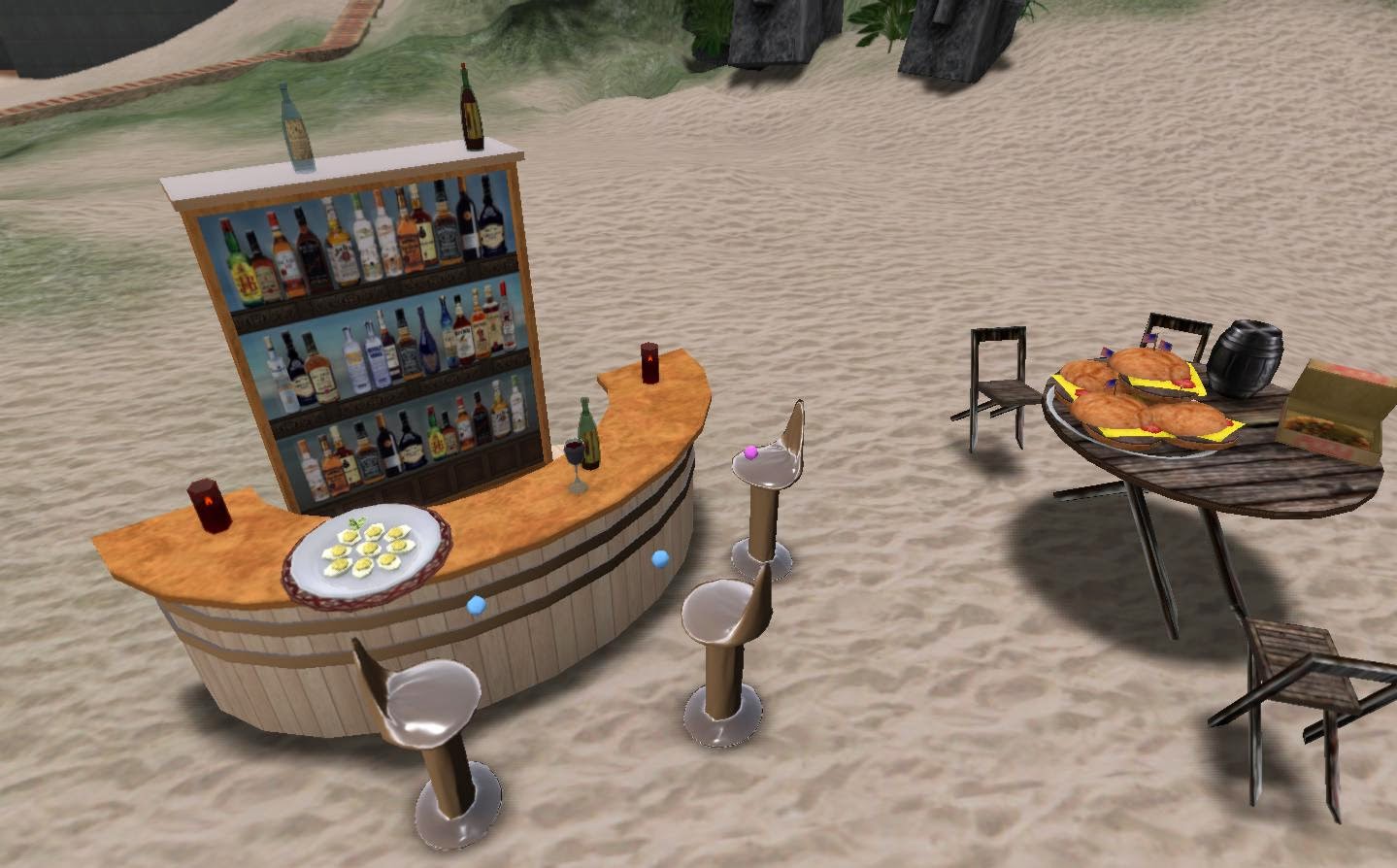 Besides dancing, one could pick up a drink at the bar, or a snack. 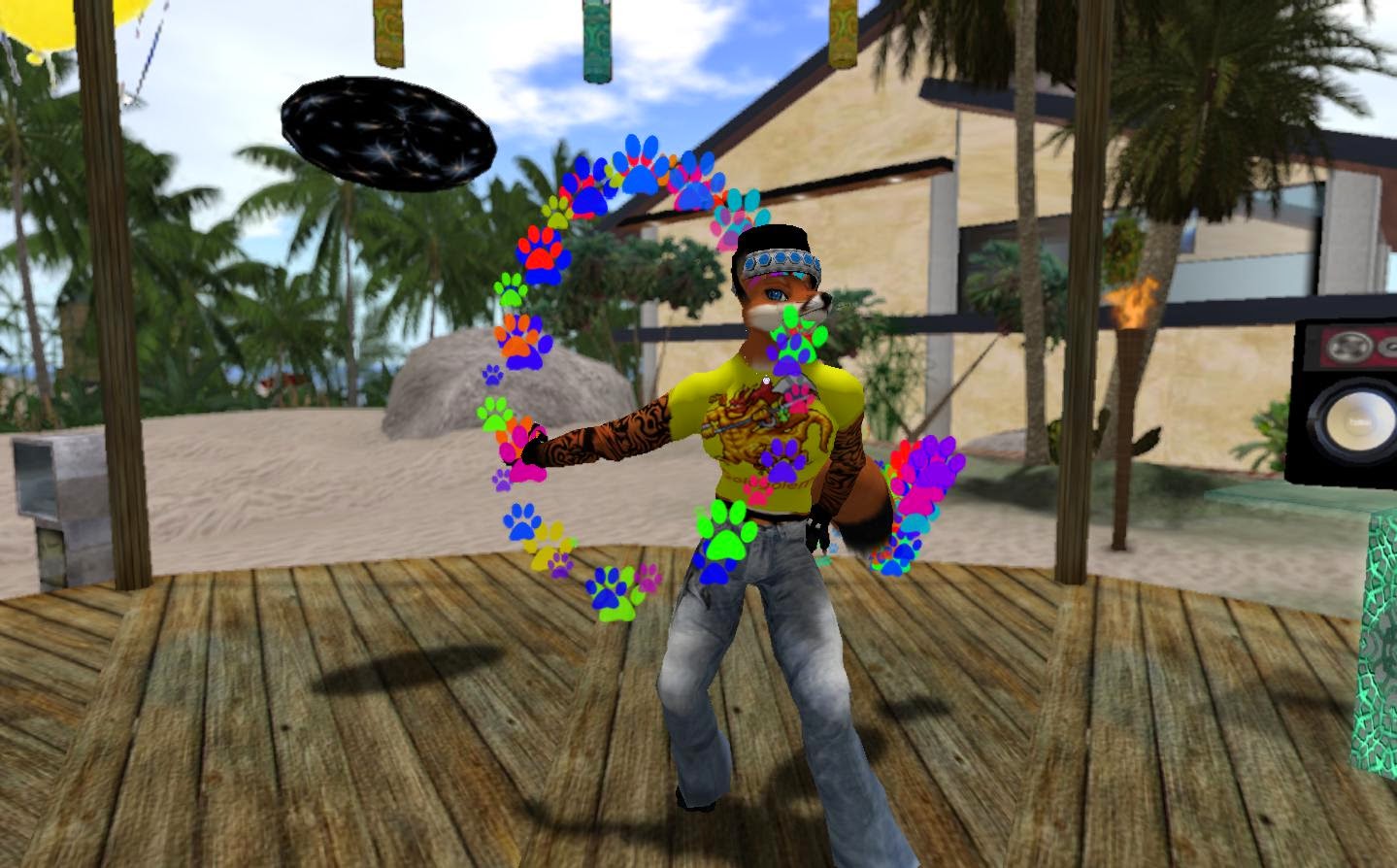 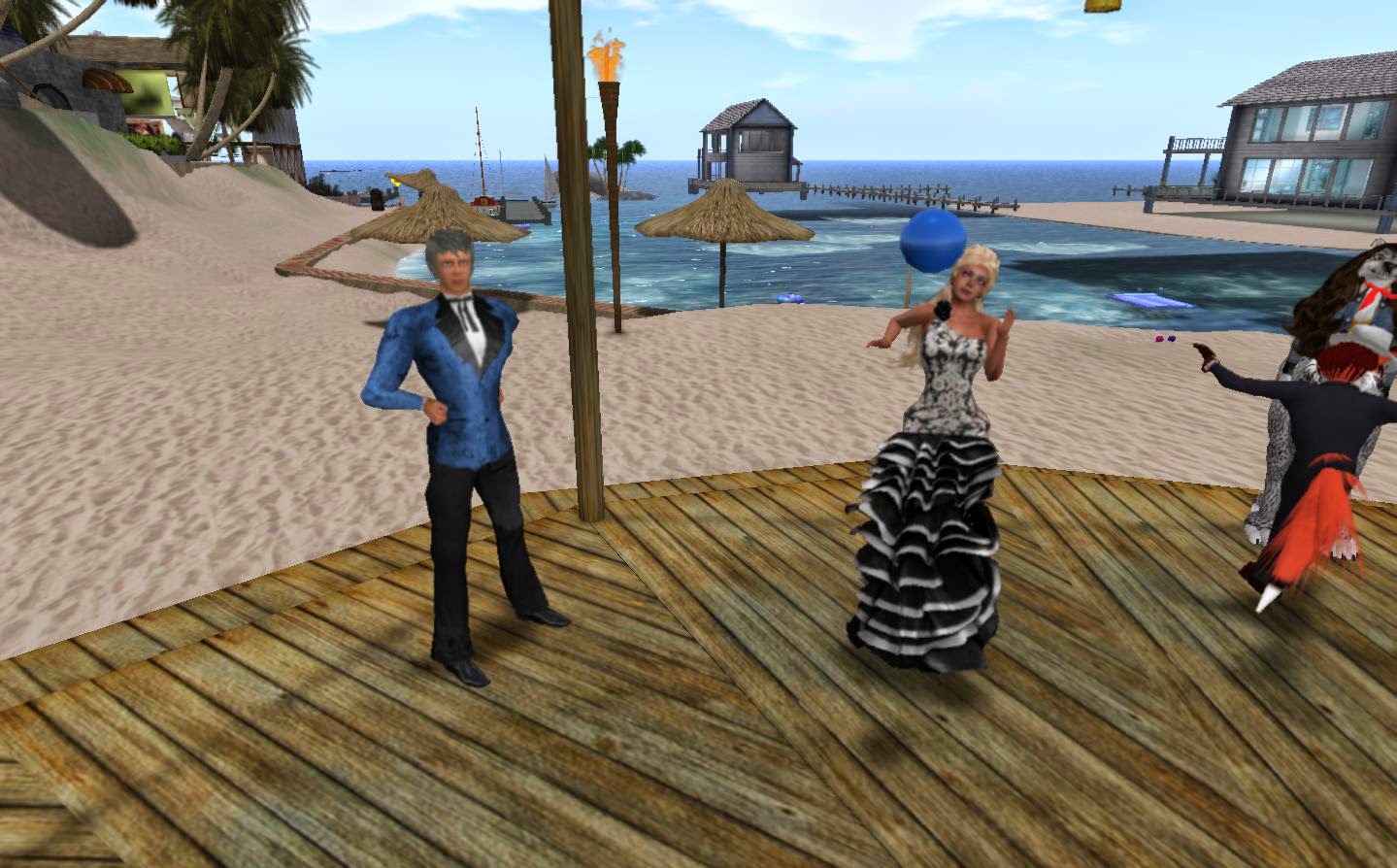 One last look at the hosts of the party.