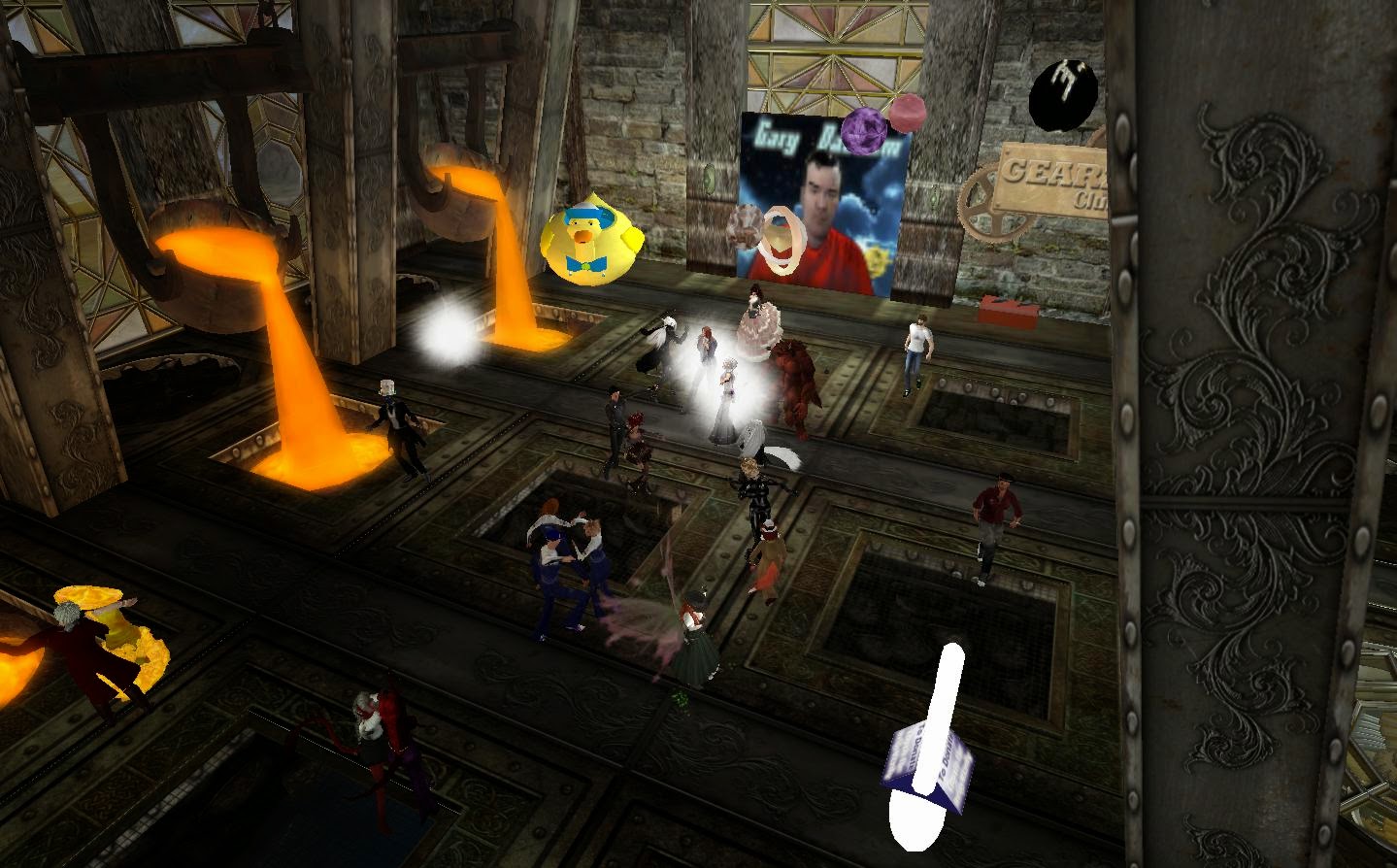 On June 6, Steelhead dedicated their Friday night party to their sheriff, Fuzzball Ortega. His birthday was actually the day before, but no one was counting. So they wooped it up in the steel foundry club, Club Gearz.

Fuzzball himself was DJing as Gary Baum. Normally a lycan/human, for almost a year he's been in a purplish skin as a deal made during last year's Relay. If the Steelhead Salmons made a certain amount, he'd stay purple until the next Relay weekend.

I forgot to ask what the rubber duck was for.
Posted by Bixyl Shuftan at 12:00 PM