What: C47’s will fly over a prearranged course and drop paratroopers in a simulated D-Day airborne assault. Once on the ground paratroopers will form up and mount a simulated  amphibious assault on Honah Lee Trudeau and Hollywood/ Hollywood Airport. 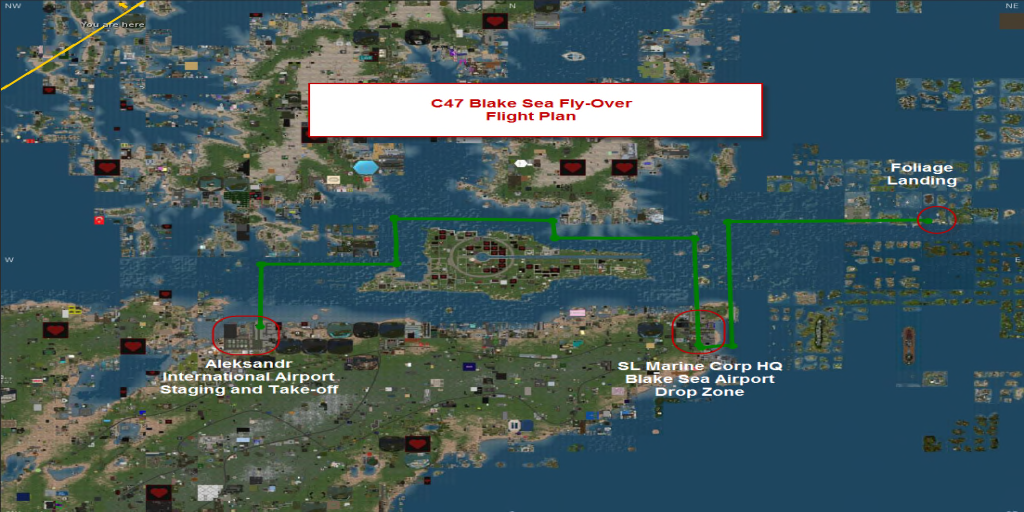 Where: C47’s will fly a predetermined route to the drop zone, passing several major airports in the Blake Sea Region. Once they have delivered their payloads, C47 pilots will fly to Foliage and land. (Providing they have not been too badly damaged in the assault Downed pilots may join up with paratroopers and participate in the amphibious assault) 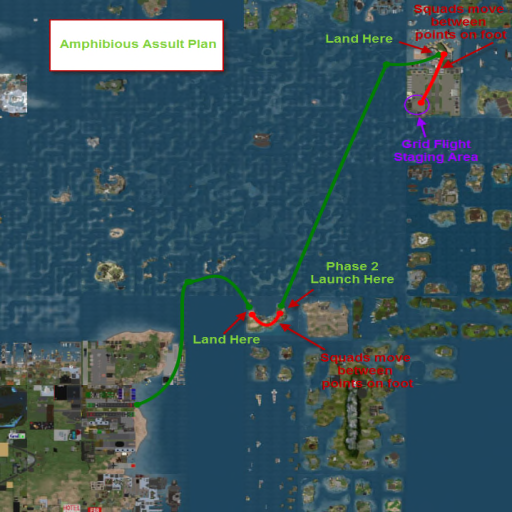 Who: Any individual may participate but group participation is encouraged. This can be either an already established group or an ad-hock group of friends who come together just for this event. If you are not in a group don’t worry, you will still be able to participate.

Best in Show Contest: The group with the most authentic WW2 Paratrooper/Air Crew dress will receive $10,000L and a special commemorative certificate

Special Considerations:
1) This is not a combat activity, however there will be ground fire, AA, flack and exploding  aircraft and landing craft.

2) This event will be recorded and shown in an upcoming Issue of SL Aviation Magazine. We ask that all participants sign an SL Aviation Network release form. If you have signed a form on past video projects you do not need to submit another.

4) Its advisable the teams practice prior to the event. There are several C47's on the market. Pick the one that works best for you.

8) C47’s with damage effects crash. All others Fly to Foliage and land.

9) Paratroopers form up and board landing craft.

11) Paratroopers walk to east side of the island and re-board landing craft.

Vickster Khun told the Newser, "WWII Players Group and New Bastogne admin group are throwing in their lot with Dogs on the Run, the idea will be for WWII players to provide paratroops and landing troops, and DOR will provide air transport in C47s or facsimiles there of. WWII players will be providing uniforms and equipment to any player who agrees to portray an American soldier, both paratroops and amphibious invasion units, they will have to do both for this. German force players will be invited to either portray Americans or German defenders. The goal will be to make a nice youtube film commemorating the milestone in human history, the D-Day invasion of occupied Normandie, France, on June 6, 1944. And forces representing Free France, Free Poland, Free Greece, and others were present. No reason a person can't portray this."