"Man Up Rita!" Sunbeamer Leader Makes The Change for the Relay 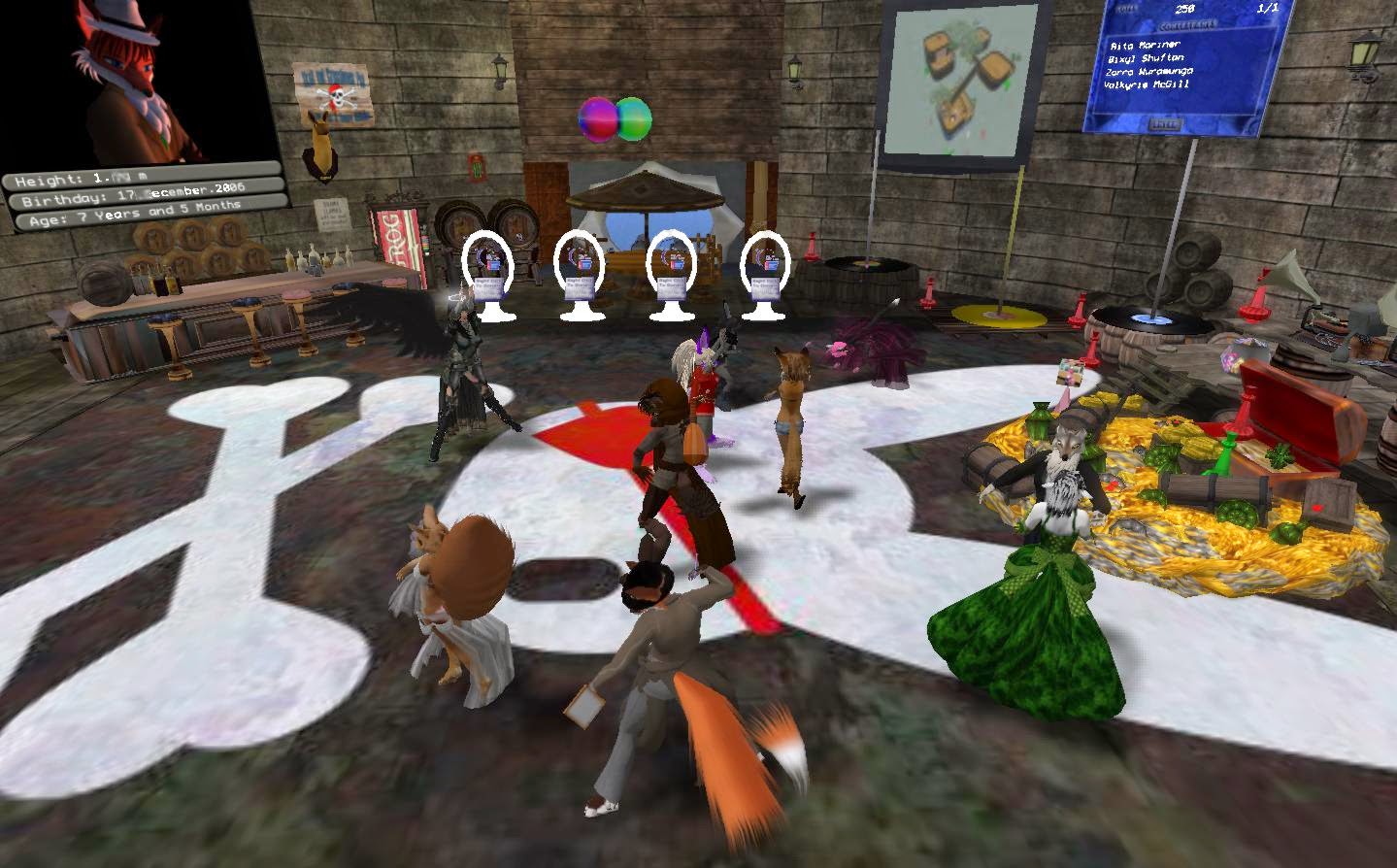 On the late afternoon of June 8, the Sunbeamer Team for the Relay for Life held their "Knights and Damsels" party at Club Cutlass in the Sunweaver Estates, and the last time people could donate to the "Bid Rita ?" event, a twist on the "Bid Me Bald" many other teams have. The party was a somewhat small one as it was a Sunday. But the enthusiasm was strong. We'd reached Silver status the day before, and the donations kept coming.

There were four kiosks in which to make donations into. One was to leave Rita as she was, a purple kani bunnygirl. A second was for those wanting to bid her pink. A third choice was for human, as was done a couple years ago for when we were with the Passionate Redheads team. And the fourth was to bid her male. 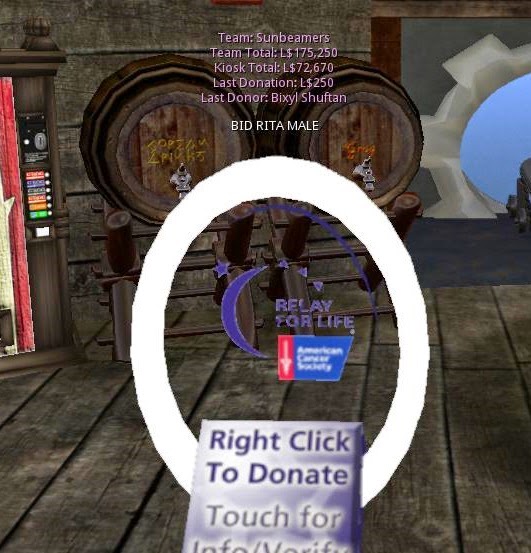 After a few donations, it was becoming clear there was a favorite, "Bid Rita Male," and the donations began focusing on that kiosk. Rita was determined not to go down without a fight, and kept donating to the "Keep Rita Bunny" one. But the donations continued. Cynthia Farshore made one whopper 25,000 Linden donation (Shockwave Yareach made the second largest with 5,000). At the deadline for "Bid Me" donations, the results were 72,670 Lindens to 37,030 in favor of the make kiosk. The event had bumped up the team's donations so far this season to 175,000, putting us firmly ahead of many Silver-ranked teams.

Some thought Rita would just simply change to a buck male kani, "the buck stops here." But that's not exactly what happened. She changed to a "Pepe Le Pew" cartoon skunk avatar. 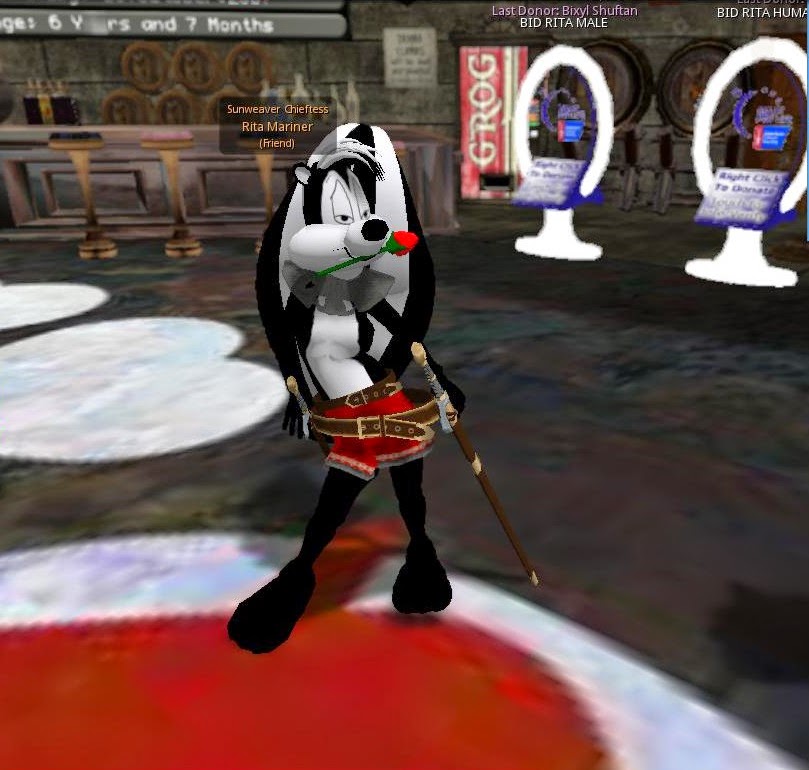 Rita lost her BID to stay a BUNNY, in the BID ME RFL auction.  I ended up a MALE SKUNK as requested by the WINNERS!  This is cool, as the fight was all in good fun and the money raised, is for a good cause.  We raised over 60,000L! and pushed the total for the Sunbeamers to over 175,000L! My deepest thanks to all those to donated and a VERY SPECIAL ONE to Cynthia Farshore who made a huge donation of 25,000L! She really, REALLY wanted me MALE!  LOL! Go Relay!

With Rita's reputation as a skirt-chaser, there were jokes this was an appropriate choice. The once-bunny still needs a fake French accent though.

The Relay season continues for both the Sunbeamers and other teams. With a little more than a month to go until the main event, the Relay Walk, the teammates are talking about what their exhibit will be like. There are also plans for other events by the 'beamers before then.