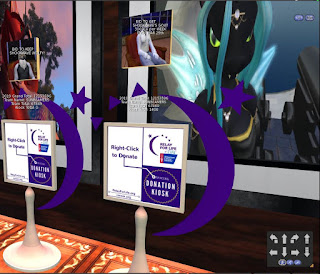 Last Friday, the first two "Bid Me" events conducted by Team Sunbeamers had their totals finalized as their biding periods ended. Now three more have started running. They are Shockwave Yareach in "Bid Me Goat," Cynthia Farshore in "Bid Me Wolf," and Sunbeamer team captain Rita Mariner herself in "Bid Me What?"

We have 3 new BID MES up and running at CUTLASS.

1. SHOCKWAVE is offering himself up to go GOAT!

2. CYNTHIA: Is offering herself up to go WOLF!

3.. BOSS BUNNY: Is offering herself up to the last bidder (NO CHEAP BIDS COUNT), to choose any avatar I have in my inventory, and I will wear for the time bid. 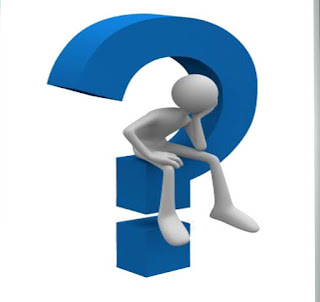 As before, the bids will be made in pairs of kiosks at Club Cutlass, one to keep the volunteer as is, the other.to give him or her a new look for a while. Provided the change kiosk wins, the volunteer has to spend a week in the look for every 3000 Lindens raised.

Talking to Rita about her Bid Me, she was saying she didn't want someone making a tiny bid of five Lindens at the end, saying a final bid of 500 Lindens would be sufficient. Apparently the only limit is that the avatar already be in her inventory. The Bid Me only affects her avatar. Anyone hoping for an "au naturel" bunnygirl will be disappointed to hear she'll keep on being well dressed for events.


The kiosks will remain open for bids until 8PM on March 29.