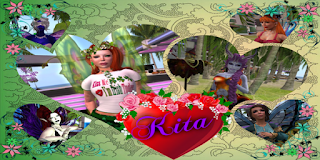 For several years, Second Life allowed everyone to chose from a list of thousands of last names with their choice of first name. It was without cost and without limit, as many if not most created alts over time who also had the same right or opportunity.

Then suddenly about eight years ago, they decided everyone should henceforth joining should be deemed "Resident."  This did two things. It made newcomers feel and look inferior, and it effectively created a permanent "Newbie" class of avatars.

They recently proposed bringing back last names, but only if people paid. This is highly unfair, especially to those who have been here five or more years and participated extensively in the economy. Should they pay when someone who logs in once a month and buys little or nothing for most of nine or more years got one or more for free?

Therefore I feel people who have been here several years and also made ample contributions to the economy, say for example at least fifty dollars worth in uploads a month and suffered under the Resident last name situation should be given a one time free name change, but future name changes could still be paid for everyone.

Kitacelia
Posted by Bixyl Shuftan at 6:05 AM