Man Behind Fatal "Swatting" Makes Plea For 20 Years in Prison


In December 2017, online gamer Tyler Barris make a hoax or "swatting" phone call that resulted in a man being shot and killed. On February 25, his attorney made a plea offer in court asking that he get a twenty year prison sentence. 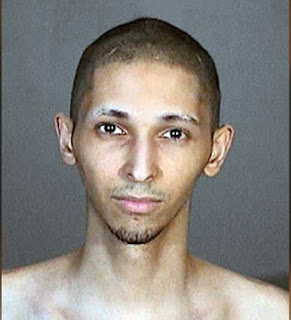 The incident happened on December 28, 2017 when Barris argued with another gamer over a $1.50 wager over a "Call of Duty" game. He made a call from his Los Angeles California home at the police department of what he thought was his rival's address at Wichita Kansas, saying he had shot his father and kidnapped the rest of the family, and had poured gasoline around the house. Police responded by sending officers to the address, which was a house owned by Andrew Thomas Finch. Police shot Finch at his front door when his hand moved to his waist, and the unarmed man was killed. Finch was 28, and survived by three children. The man's family has stated he wasn't a game player.

Barris, whose Twitter address at the time was "@SWAuTistic," initially boasted about the event, "That kids house that I swatted is on the news." But hearing someone was dead as a result, his response was to insist he was blameless, "I DIDNT GET ANYONE KILLED BECAUSE I DIDNT DISCHARGE A WEAPON AND BEING A SWAT MEMBER ISNT MY PROFESSION." He changed his Twitter address, but other gamers had taken pictures and shared it. The call and tweets were soon traced to him, and he was soon arrested by local police.

Given a total of 51 Federal charges, some related to other fake phone calls and threats, Barris pled guilty to all of them as part of a plea agreement in return for the shortest time in prison, which is 20 to 25 years. Two other gamers, Casey Viner of North College Hill Ohio and Shane Gaskill of Wichita Kansas (the city the crime took place), have also been charged in the case. They have pled not guilty and are scheduled to go to trial on March 15.

Barris' defense attorney claimed in court that his client's actions were a product of the gaming community's culture, and that being known as a swatter there "became an intoxicant" to him as he spent most of his time indoors playing computer games. His only family has been his grandmother, and has never held a job. "With no guidance, no structure, school, or employment," his defense attorney argued, video games, "became his salve to social acceptance in a virtual world." The defense attorney claimed Barris was genuinely remorseful for what happened. Barris has also written a letter to the Finch family, saying that he thinks every day about the incident and begged for forgiveness.

In April 2018, a glitch at a jail Internet kiosk set up for the purpose of allowing limited functions such as ordering items from the prison commissary allowed Barris temporary access to the Internet, which he used to access his Twitter, posting messages such as "All right, now who was talking s**t? Your *ss is about to get swatted" and "Y'all should see how much swag I got in here."