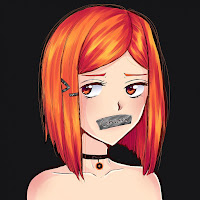 On Tuesday March 27, the European Parliament voted in favor of the "Copyright Directive," a controversial bill that advocates of Internet freedom charge is vague and threatens public rights of expression online. The vote was 348 to 274.

While not an immediate blow to those wishing to express themselves online, there are still a number of steps before the bill becomes law in Europe, the bill is still a threat. Particularly worrisome are Article 11, the "link tax," which could make it impossible for websites such as Wikipedia to function in countries affected, and Article 13 (which has been changed to Article 17) which would require websites and platforms that allow for content to be loaded to install "upload filters" as a preventive measure to stop copyrighted content.

The law is vague and subject to interpretation, but the potential consequences to Second Life are very bad. Linden Lab could be given a stark choice: the instillation of expensive and clumsy upload filters that would certainly anger it's users due to content creation becoming far more difficult if it involves bringing textures and other things into the virtual world and the fees jacked up greatly to make up for Linden Lab's expenses, or block the IP addresses of the affected countries.

The next step for the bill is when it goes to the European Council. While it previously looked like it would pass there easily, "one of two countries responsible for the final wording of Article 13 (/ 17) ... Germany is having something of a change of heart, with their Minister of Justice publicly opposing the idea of upload filters. ... five other member states – the Netherlands, Luxembourg, Poland, Italy, and Finland – have voiced public opposition to the Directive the vote. So should Germany, a key nation behind the legislation and of the EU, change its mind between now and April 9th, it would prevent a Council majority being reached." This would mean the bill would need to be renegotiated, and activists would have a chance to vote a number of legislators supporting it out of office.

As Inara Pey of Modem World put it, "while a significant battle against the EU Copyright Directive has been lost," the war's not over yet, but "it is going to be significantly harder to win."