Most Longtime residents are familiar with YadNi Monde. For eleven of Second Life's first twelve years, he ran "YadNi's Junkyard," the best known freebie place back then. But in June 2015, he had to close it down. The place is still fondly remembered, and some of the items can still be found today. YadNi himself went into a "3D personal enterprise" and then drawing, not going back into Second Life much. 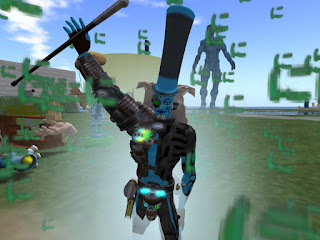 I recently came across YadNi in Second Life, and we had a few words. He had put his artwork on hold for a few months. Hewas focusing more on virtual worlds, but it wasn't Second Life that was his main focus. "I am setting my foot on another grid, coming here to grab my stuff," he told me with a smile, "I'm going to TAG with all my old stuff." I asked if he meant The Adult Grid. He laughed, "Hahah! Well, there's nothing offensive on that grid (smile). It's only a name. It changed owners years ago. So, I dunno what it was before. But now, I could take my kids there if I had any." 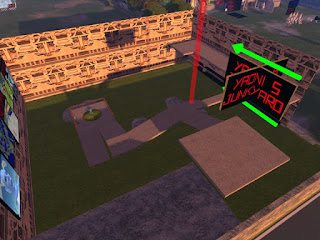 I asked YadNi what he found so far in TAG. He called it a "cool place, a warm welcome. And I do know Constanza Amsterdam since quite a long time too. She is the owner, with her husband. ... I have an infinite number of prims ahead of me," he smiled, "One single sim can go up to 50 000 prims, and (I) have my OAR s from InWorldz." After I brought up that his Junkyard is still well remembered in Second Life, he told me, "my plan is to revive my junkyard there. It won't have all the freebies and all, but it will be the place." He did say the TAG grid did have it's own freebie sim, "with awesome quality. And some nice sims to visit too with little details everywhere, hidden places, easter eggs." 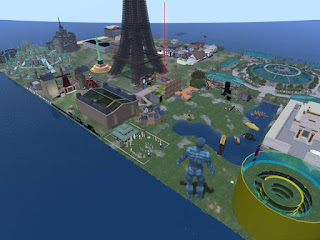 Other plans of his included building Mont Saint Michel, "we're going to revive my most beautiful child, as well as InWorld's Jackson Square that used to be IDI. I'm also building the whole timeline of all the sims I ever built on all grids. I'm reaching year five and it's already a quarter sim long. ... Wait 'til I reach my actual 15th year."

So a few years later, YadNi is keeping himself busy.