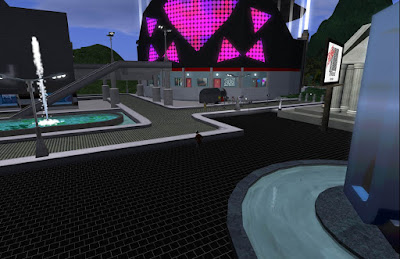 Longtime readers may recall the Duran Duran Universe sims, also known as "The DDU." Khanada, Azizi, Tlon, and Sanhedralite. A project between the music band Duran Duran and their fans, it was opened in 2011 and enjoyed some success, bolstered in part by the band which took interest in Second Life. One example of this was their performance in Hyde Park in the 2012 Olympics.

Several years later, the four sims and their builds, the Lipstick Tower, the Skin Dive, and other places are still up. Besides the Hyde Park concert, they were used to make a few videos. Perhaps they'll get some use soon.

https://secondlife.com/destinations/duranduran
Posted by Bixyl Shuftan at 6:02 AM