The SL Newser at SL9B Party

On Friday, June 22nd, SL Newser held a party at it's exhibit at the Second Life Ninth Birthday area, in the Kyuu sim. The party was held on a platform way above the exhibit. People began showing up at 1 in the afternoon, and it went on from there. 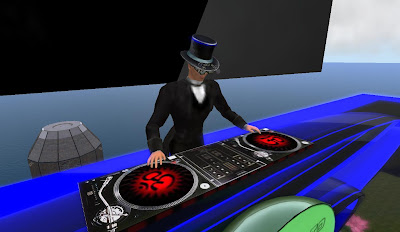 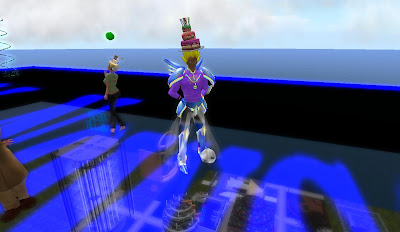 Gemma Cleanslate (green ball over head) was able to take a break from greeter duties. Bejita, a regular to Qwark's parties, had on some colorful armor. 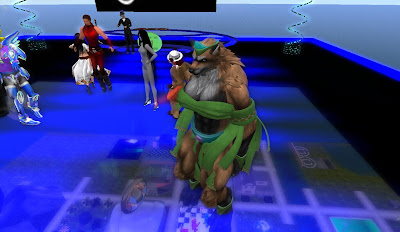 Not usually one for parties, Xymbers showed up ... as a female werewolf in a dress and tiara. 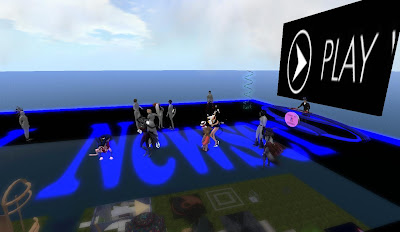 Other guests included blogger Treminari Huet, DJ Kryxia and Hostess Miyuki from Club Zero Gravity, and a number of other friends. It could get a bit laggy, as shown by the grey avatars in this picture.

The party went on for almost two hours until a sim restart brought it to an end a few minutes early. Despite that and the lag, a good time was held by all.