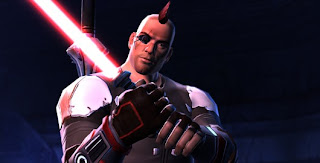 It wasn't that long ago in which the "Star Wars: The Old Republic" Massive Multiplayer Online Game was making the news. Developed by BioWare and published by Electronic Arts and LucasArts, the game was released in December 2011, and quickly gained a huge following. Within a week, it was believed to have hosted about a million players. By March, their numbers were at 1.7 million. While not really as much as World of Warcraft, it did look like the game had given new life to the Multiplayer Online Games genre.

But this level of success was not to last. By May, numbers were down to 1.3 million subscribers. The result was that there were layoffs in the game's development team, even though the company officially expressed confidence their numbers would rebound. One analyst commented that after SWTOR's plateauing and fall, "No one is buying MMOs … there is just no demand for game assets right now."

SWTOR did set one interesting record, "At over 200,000 lines of recorded dialogue, the game has scored a record for having the largest amount of voice acting not only for a video game, but for any entertainment project." Also in what seems like a nod to the noted incident in WoW in which a plague struck the game, SWTOR had it's own "Rakghoul Plauge" outbreak.

The "Old Republic" hasn't emerged as a "WoW killer." Still, thanks to numbers of Star Wars fans, it won't be going away anytime soon.