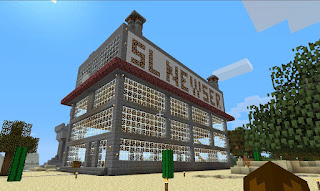 As many of us know, with more people staying home due to the Coronovirus Crisis, the Internet has been taxed more than ever before. Nexflix has had to downgrade the quality of it's movies. Youtube has had to do the same with it's videos. And Sony has decreased the download rate of it's games. And now, Second Life has been added to the list as Linden Lab announced that due to the ammount of people using the Internet these days, in a few days the quality of it's graphics will be significantly downgraded.

"We had hoped that the situation would be temporary," Linden Lab's CEO Ebbe Altberg/Ebbe Linden stated in the announcement, "But it is becoming clear that with the growing numbers of people, the Internet is being slowed down almost to the point of Los Angeles at rush hour. So unfortunately, we'll have to reduce graphics quality for the forseable future."

The changes are expected to take hold in a week. For those wishing to take an early peek, the viewer for the downgraded SL is available. Yours truly downloaded it, and took a few pictures. The results were the graphics quality were, severely cut, to put it mildly. Rather blocky like a 1980s eight bit game in three dimensions. But there was no more lag.

To read the statement from Linden Lab, Click Here.