Xanadu is Back, Official Re-Opening Tonight 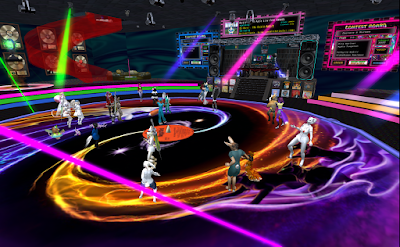 Some good news for fans of Club Xanadu. After being closed for months, the venue is back in operation. After some time in hiatus, co-owner and operator Perri Prinz felt it was time to bring the place up and running. She had planned for Monday night to start things up.

But then the unexpected happened. When Sunweaver Estate owner Rita Mariner tried to restart Sunweaver Bay where Club Cutlass was, the sim wouldn't come back online. So when it was time for the Saturday night party, the event was moved to Xanadu.

The theme was "Doctors and Nurses" as a salute to those on the front line combating the global Coronovirus epidemic. 3000 Lindens was on both the male and female boards, and the place soon had a number of people dancing away.

The contest was won by Zorro Wuramunga and Mieka May (MiekaRueon Resident) for men and women respectively.

Perri would write about the event on her Facebook page.


Surprise event at Xanadu last night because Club Cutlass was down from server issues. I was scheduled to DJ the Doctors & Nurses event at Cutlass. So we just brought everybody over to my club, and I got a bit of a bath of fire at getting back into club running, as nothing seemed to work at first. But nobody else seemed to notice any problems I was having.


The official Grand Re-opening is tonight, April 6, at 8PM SL time. For now, the club will be open three days a week from Monday to Wednesday 8-10 PM.

Xanadu is jointly owned by Perri Prinz and Recoyote Mindes. The building is a classic rock club named for the movie in which the Pan Pacific Auditorium is restored to a nightclub. There have been a few periods of hiatus when real-life interfered with the management, but the building has always stood there since it's construction.