To Phoenix fans, Tonya Southern of the Firestorm/Phoenix team has some less than pleasant news, "Viewer 1 is officially on borrowed time." In the latest post on her blog, she talked about a recent third-party viewer meeting with Oz Linden about some upcoming changes with Second Life. Specifically, Project Shinning. While it should stop "bake fail" in newer viewers, "it is incompatible with current viewers. … The result of the server-sized bake is that viewers that don't handle it will simply see gray avatars, with no way to fix them."

It was Tonya's opinion that the old Linden Lab Viewer 1, when this happens, will no longer be useable, along with third-party viewers not actively maintained. Aside from Singularity and possibly Cool VL, she didn't expect any other third party viewers based on Viewer 1 technology to continue, "Nobody else is developing a V1 Viewer any more." 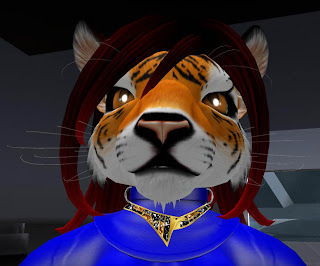 And the Phoenix Viewer, which continues to be the most popular of the third-party viewers? Team Phoenix has yet to make a decision, but in Tonya's opinion, "it's time to say that we are not going to put any more effort into Phoenix."

"As far as I'm concerned, it's time to put Phoenix to rest. The developers don't like working in the codebase, as in many ways it's an unmaintainable tissue of hacks, the support team barely remembers how to run it, and Firestorm now provides essentially all of the function Phoenix has, and much more besides."

Tonya recognized this would be an unpopular change, especially those who won't or can't run Viewer 2 and 3 Viewers, but "there comes a point when making an old program run in a new environment simply isn't feasible." Her advice, those who vowed not to run Viewer 2 better change their mind or make plans to depart Second Life. Same thing with those with older computers, "Me? I'll be happily running Firestorm 5."

Tonya's post got a mixed reaction. While some agreed, others did not. It was similar with the article New World Notes did, people saying there was no way Team Phoenix would give up on the most popular Second Life Viewer.

If the Phoenix Viewer is becoming harder and harder for its team to work with, it may not matter much to them if they stop the updates. From the very beginning, they've been a volunteer project. Success or failure, they don't make any money, only prestige.

Fortunately for Viewer 2 haters, or those whom have no personal problems with it but their computers can't run it, Singularity and Cool VL are still out there, though Singularity hasn't had a Mac update recently. And what if down the road all V1-based Viewers stop working? For some, it'll be time to get out the credit card (though Mac lovers will feel a bigger bite on the wallet). Though it isn't hard to imagine some die-hard V2 haters, and sadly a few on older machines with limited budgets (or whom get sold a newer machine that performs worse), whom say farewell to Second Life. It should be interesting to see how many head to Opensim worlds.