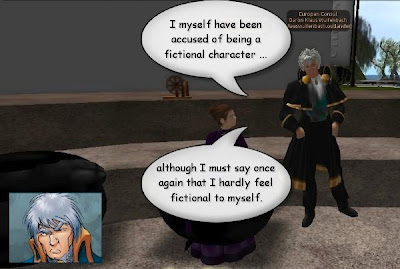 KlausWuffenback Outlander, aka Baron Klaus Wuffenback, of Steelhead gave a lecture on Steampunk in Second Life at the SL9B. Among the lines in the dialouge were these used when referencing "Professors Philip and Kaja Foglio," the personas of the artists behind the "Girl Genius" online comic, of which one of the characters is KlausWuffenback's namesake.

Guess the Baron sees the comic references as amusement, which would probably get chuckles from the fans.