Second Life fans whom enjoyed going to their yearly convention got some disappointing news. AvaCon, the group that organized last year's Second Life Community Convention (before, it was done by The Future United) announced it would not be doing another. There would be no SLCC 2012. The only reason given was "changes in the terms of the contract offered by Linden Lab this year," which they did not mention. The event would have been the 8th SLCC convention, and likely would have taken place on August 11th or 18th.

With few facts available at first, most of what there was to report on immediately afterward was opinion and speculation. Most people expressed disappointment, a few charging Linden Labs had held off on announcing the SLCC's cancelation in order to make sure there wasn't enough time to residents to organize one of their own. 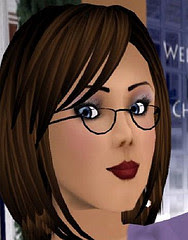 Fleep Tuque (Chris Collins in real life), whom had been a director at previous SLCCs, including last one. In her blog, she described some reasons as to why there would be no convention this year. The short answer was Linden Lab: they would not be sponsoring one.


I can’t say I was completely surprised considering the meeting we had with Linden Lab at their offices after SLCC last year. Instead of being treated like valuable customers who had just volunteered months of our lives working for no pay to organize a fan event for their product, we basically got chewed out for not producing the equivalent of BlizzCon. Seriously, that’s what they said. (Note to Linden Lab, if you want BlizzCon, you have to pay for it – BlizzCon had a budget in the millions.)


"Second Life isn't the draw it once was," she explained, and a dwindling number of people made it more expensive per person, "even last year it was almost on the edge of being unsustainable, given the resources we had." If Linden Lab had been more willing to help market the event, making it a top priority, Fleep felt the convention would have gone on. But instead, "As with the Second Life Birthdays … they basically said AvaCon could use the name, but we were on our own. … there would be no financial support, no sims (for SLCC inworld), no marketing, and no participation from them." Another SLCC just didn't seem feasible to her.

Linden Lab, however, was just the big reason Fleep felt, not the only reason. The residents of Second Life, or rather a troublesome fraction of them, were another. She described many as being unsympathetic to the volunteers, and some just plain nasty, "Some of the celebrities and thought leaders in Second Life seem to enjoy trashing the event. … I'd guess some folks are right this very moment pointing gleefully at how it has failed." Griefers and lawsuits were another factor, " Linden Lab wasn't on the hook if something went wrong or someone got hurt, WE were." She described last year as having to deal with personal vendettas, threats of harm against congoers, booths being vandalized, and threats of lawsuits, "At some point, you have to ask yourself, is it really worth this much grief ... especially if people's physical safety is at risk."

Fleep also cited the lack of volunteers as another reason, there just simply weren't enough this year "without requiring some people to basically have no life outside of SLCC for months on end, and that's not sustainable or fair for anyone. ... It takes willing partners on all sides of the equation to pull something like this off, and this year, it just wasn't there."

Others expressed their opinions on the matter. Hamlet Au commented this was another sign of a trend in Second Life, "Linden Lab has lost any real interest in being involved with the user community." Others have expressed similar opinions. Following the canceling of last year's Winterfest, the Valentines Day "Kiss a Linden," the Second Life Birthday, and now the SLCC, this points to a Linden Lab that just simply isn't interested in interacting and involvement with the residents.

Can SLCC 2012 be resurrected? Most expressed strong doubts that it could be done in time. Could one be held next year without the support of the Lab? A number have expressed pessimism on the matter. Still, given how residents came together to organize the SL9B on their own, it's possible a SLCC 2013 could be pulled off, either on it's own or part of a larger convention such as "DragonCon." But the obstacles, as stated by Fleep, will take some effort to overcome.

In any event, the canceling of SLCC 2012 points to another sign of how the relationship between Linden Lab and the residents of Second Life have changed. Gone are the days of the town meetings, of Blue Linden and others being seen at everyday Second Life events. Now, we have Linden Lab quietly fixing things from inside their "flameproof bunker" on occasion making an announcement to the residents, one made anonymously instead from an individual Linden.