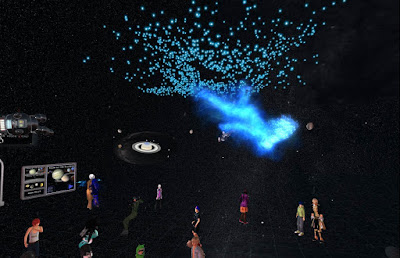 It's been quite the busy weekend in Second Life. Friday was the "Yuri's Night" celebration held by the National Space Society. The anniversary of the first man in space was also one of the themes at the Burnal Equinox, which ran from Friday to Sunday night. There were also a number of Relay for Life events. Saturday had the Sunbeamer Air Show which launched Team Sunbeamers well into Gold level fundraising. On Sunday was the conclusion of the "Bid Me Bald" Team Challenge which raised a total of almost a half million Linden dollars in which the Cure Chasers team won and Mieville Steampunks ended up with bare scalps. 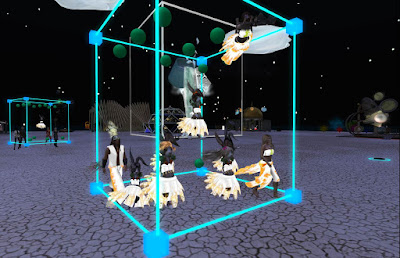 More information on these happenings, and more, to come.