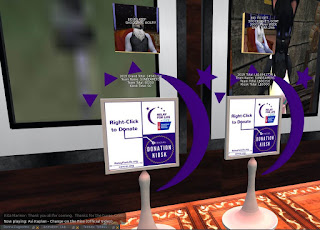 The latest three "Bid Me" events of the Relay for Life's Team Sunbeamers are done. Together, they've raised 23,001 Linden dollars for the team. The team total is over 88,000 Lindens, and well on it's way to the Gold.

The bids were closed on Friday March 29 at 8PM SL time at the end of Club Cutlass' party that night, and an announcement made by team captain Rita Mariner shortly afterwards.

Beamers:  The current BID MEs have ended and here are the totals. 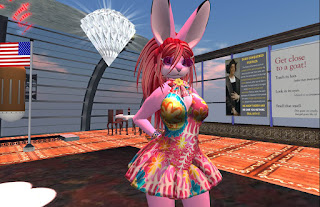 Yes, a certain, usually foxy, reporter did make the last substantial bid into Rita's kiosk. And since Rita would be "tickled pink" to see the 'beamers reach 100K and then Gold soon, well, the avatar seemed appropriate.

In the near future, the team will be having an Air Show event. The date has not yet been announced.