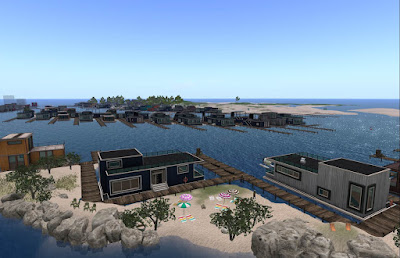 The sims with the new Linden Homes are now open. On Monday April 15, Linden Lab announced on the official Second Life blog that the homes were now ready for residents to move in. 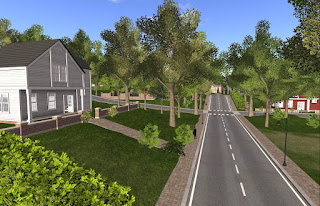 Let’s be honest - those Linden Homes from 2010 were long overdue for some updates and improvements. It was clear a fresh coat of paint and some new landscaping were just not going to make the amount of curb appeal we were shooting for. In fact, it was time to return to the drawing board and start a better-built Linden Home experience, from the ground up - literally.
The first of several planned Linden Home updates launches today - with the introduction of New Linden Homes - exclusive to Premium members. Your new home may be in the mountains, along the shore, or in a rolling landscape of low hills and river valleys, but you’ll also be part of a large community experience, with navigable waterways, a network of roads, and community areas to socialize and have fun.
There are two new themed styles in this release - Traditional and Houseboats - and some are twice as big as previous Linden Home offerings. 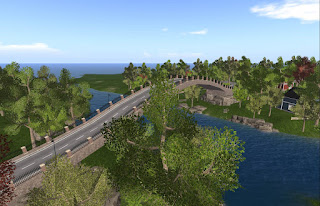 While only Premium residents can claim a home, the land is open to all. People appeared on the new land, named Bellisseria by the Lab. Many quickly claimed some of the new homes. But not everyone was there for a new house, or houseboat. Some were just there to explore around. And the new land has much to see from rocky hill areas, to beaches and islands, trees, sandy areas with little grass, roads, including angles roads for people to drive uphill or down, bridges to cross, lighthouses, traffic circles, piers, and more. 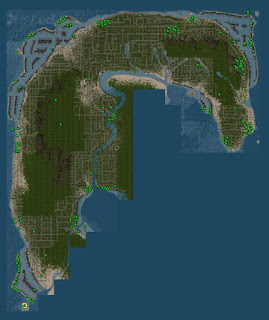 Thanks to a string of water sims connecting it to the landmass to the south, known as Jeogeot, as well as the water sims that connect it to the one to the north, Sansara, It's now possible to travel from Glade of Sorrows in the south west end of Jeogeot to the Fillip sim on the north edge of Heterocera without teleporting. So there's been lots of people walking, flying, and boating around.

Someone did tell me they came across one new homeowner putting up a security orb, giving those flying about only a few seconds to leave or be teleported out. Fortunately for those who love to explore, this will soon be a thing of the past. In an announcement in the forums by Constantine Linden  yesterday, ban lines are not allowed here, and while security orbs are permitted for now, it's only for a few days.

... at 6am SLT on Wed April 17th, we are going to uncheck the box on the Linden Homes estate that allows parcel owners access restrictions to be more restrictive than the estate. Meaning: no ban lines. It's our belief that with a sense of community being a main goal of Linden Homes, ban lines send the wrong message. Parcel owners can still ban troublesome individuals by name on their parcel but they will not be able to put their land in virtual lock down by restricting access to group only.

... We want to allow Residents to fly, walk, drive, sail and explore freely across Bellisseria without compromising Residents privacy and security on their own parcels. To that end we are allowing the use of security orbs. However, since many orbs can be set in ways that preclude even the most innocent of straying across a parcel boundary or being sent home even though you are 500m in the sky we are forced to come up with a compromise. 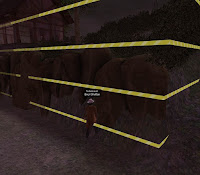 So finally a piece of Mainland free of those cursed ban lines and those security orbs that boot you out with little to no warning. Though with the "Good Neighbor Obelisks" being seen around, hopefully that will be less of a problem there too.

On a final note, between the opening of the new land and the reaction to the fire at Notre Dame, a few stories we planned to write about got put on the back burner. We'll get to those soon.