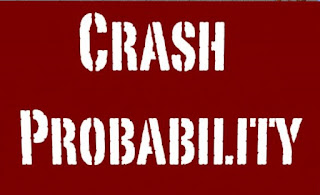 If you're been having trouble teleporting across Second Life lately, you're not alone. Lately, a number of people in group chats I've listened in on, as well as friends and associates in private messages, have been complaining about various glitches on the grid. Besides the lag, probably the most frequent complaint I've heard has been crashing while trying to teleport from one spot to another.

Well, it seems things have gotten to the point that the Lab has to acknowledge there's a problem. In the "Tools and Technology" part of the official Second Life blog on Monday April 9, they posted that they're aware of the problem.

Many Residents have noted that in the last few weeks we have had an increase in disconnects during a teleport. These occur when an avatar attempts to teleport to a new Region (or cross a Region boundary, which is handled similarly internally) and the teleport or Region crossing takes longer than usual.  Instead of arriving at the expected destination, the viewer disconnects ...

The Lab believes that the cause is "a timing-sensitive failure in the hand-off" between sims when a teleport takes place, and there doesn't seem to be a way to eliminate the chance of a crash. They have people trying to get to the root of the problem and get rid of it. "Quite unfortunately, this problem dodged our usual monitors of the behavior of simulators in the Release Channels, and as a result we're also enhancing those monitors to prevent similar problems getting past us in the future. We're sorry about this - we empathize with how disruptive it has been."

A few residents I've talked to wonder if Linden Lab's moving information of it's data centers to cloud servers has something to do with recent bugs. When Patch and Grumpity Linden spoke at the VWBPE last Thursday, Grumpity stated the Lab was "very carefully moving things and not disturbing the way things are set up." So if one takes the Lab's word for it, the problem isn't The Cloud.

In the meantime, it looks like residents will be dealing with the possibility of their teleports ending up as viewer crashes, and having to restart the viewers and slowly log back in.