SL16B Applications Now Open, "We Are Excited To Return to Being More Involved" Says Linden Lab 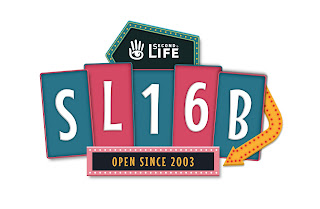 Last Friday, Linden Lab announced on the official blog that applications for the Second Life Sixteenth Birthday Celebration, the SL16B, were now being accepted. They also announced that they would "return to being more involved in the organization of all the events."

As we blogged earlier this month (Announcing “SL16B” - Second Life’s Sweet Sixteen!) SL16B is coming this summer - and part of the celebration means we will be opening applications for Volunteers, Exhibitors and Performers. This year, we are excited to return to being more involved in the organization of all the events. In addition to the official Music Fests, costume parties,  and Shopping events, of the last few years, we’re also returning to our roots and participating more in the development and planning of the main SLB celebration.

Except for the SL3B, Linden Lab ran the first eight Second Life Birthday events. Then on April 2012, they announced they would not be organizing one that year. It was up to the residents to organize one, and eventually a team led by Doc Gascoigne did. "The Birthday" was saved. Although the Lab would slowly get a little involved with the Music Fest and a shopping event, Doc's team would continue organizing the main event up to the SL15B. The Newser would declare them "Persons of the Year" for 2018.

So after several years, apparently Linden Lab will once again be running "The Birthday." It should be interesting to see how things go.
Posted by Bixyl Shuftan at 6:02 AM