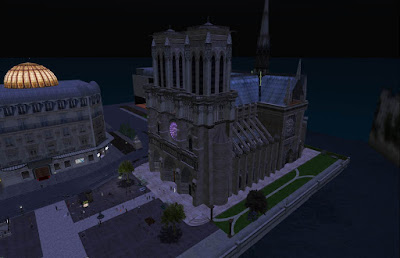 It survived for over eight centuries, outlasting revolutions and two world wars, only to go up in flames in a matter of hours. On April 15, the cathedral of Notre Dame in Paris France was hit by a devastating fire. Ironically enough, the building was starting to undergo renovations to repair parts that were deteriorating from age. Some artifacts and art were saved, including several statues which had been taken down from the roof for cleaning. But the building itself was gutted. 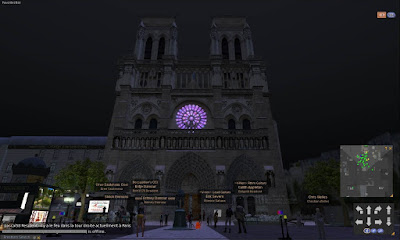 In Second Life, people were gathering at the Notre Dame building in Paris 1900. Conversation was a mix of English and French, "I pray for our church. Even though I am not from France, Notre Dame is the heart of Europe." "Truly horrible." "Breaks my heart and for the people in Paris." 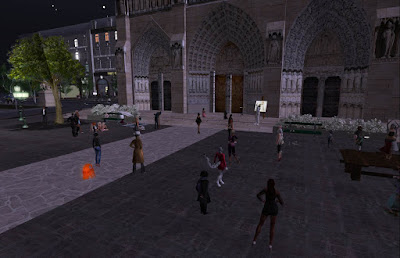 The sim would be close to capacity for a while, some looking in from the next sim. 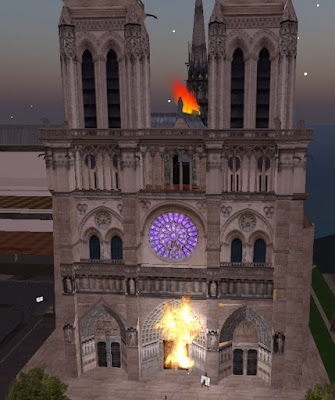 At one point, fires broke out in the building. People thought it was griefers and a couple Lindens came over to invistigate. It turned out the one of the staff had set the fire. 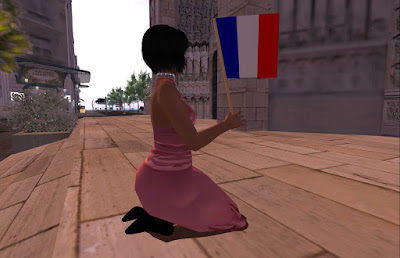 Someone started passing around French flags to those at the club. 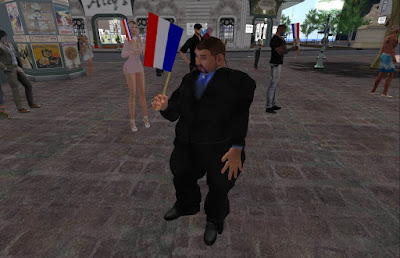 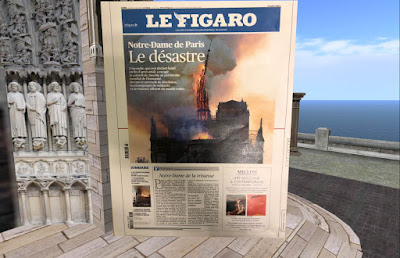 An article from a French paper would eventually be posted next to the cathedral.

I would stay for over an hour, but as the place remained full, and presumably remained so for much of the day, I eventually left to let others come by.

The disaster was bad. But thankfully no one was hurt. French leaders have vowed to rebuild the cathedral. Notre Dame will never be quite the same again, and reconstruction will take years. But it will be remade. It's just a question of time, money, and effort.

Bixy Shuftan
Posted by Bixyl Shuftan at 6:01 AM