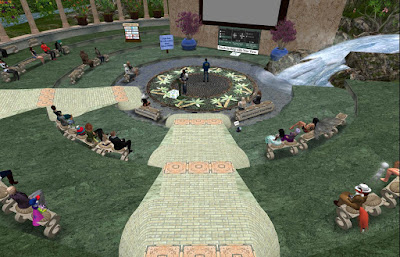 Quite a bit happened this weekend in Second Life. Friday was the conference at Virtual Ability. Saturday was the RFL cross-sim race by the Giant Snail Races, and the day the Fairlands Quest opened. Sunday was the fundraising concert at Veterans Isle. It was also the monthly festival in Roma.

We've done a little on the race and the quest. More on Virtual Ability and Veterans Isle later.
Posted by Bixyl Shuftan at 6:03 AM