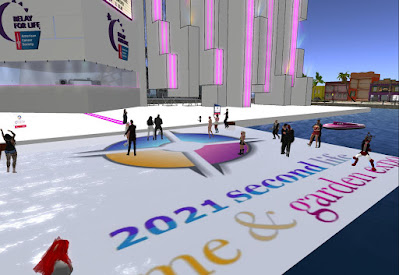 Quite a bit happened this weekend. The theme to the upcoming SL18B was announced on Friday March 19: "Hidden Worlds." The Virtual Worlds Best Practices in Education conference took place from Thursday March 18 to Saturday March 20. Several Lindens were at a few of the events there, and had a few things to discuss, though would make no great revelations. The Relay for Life Home and Garden Expo came to a close, with the final music events on Saturday March 20 and the last official day on Sunday March 21. Also on Sunday March 21, the Seanchai Libraries celebrated it's 13th anniversary. The Windlight Art Gallery featured a new exhibit by Slatan Dryke, having an opening party on Sunday.

More on some of these events later.